I was at Sniffapalooza Spring Fling 2010 and it was very late on day one. I really had sort of had enough until a stylish woman approached me and wanted to give me a sample of her perfume. I was happy to take the sample but upon looking at the name I didn’t have high hopes. On the card was printed Pretty Woman by Barbara Orbison. I was thinking this was going to be one of those perfumes I would sniff and forget. Since I am writing about it seven years later that was obviously not the case. 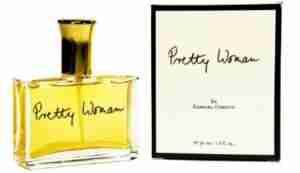 What happened was I sprayed some on a strip later back in my hotel room. I thought, “not bad”. Then I put it on my wrist followed by a different thought, “wow”. I can’t remember for sure but I think I was expecting a perfume inspired by the movie and song of the same name to be a fruity floral. What I encountered was a spicy floral resinous perfume which I have become very fond of. 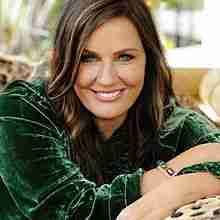 Barbara Orbison headed to California when she was designing her perfume. She worked closely with the independent perfume community. I have seen Mandy Aftel and Sarah Horowitz connected to the birth of Pretty Woman but I have no explicit confirmation that they did anything more than consult. I would say no matter who Ms. Orbison took advice from the reason Pretty Woman did not turn out to be a fruity floral is because she let the independent spirit guide her.

Pretty Woman opens on a Turkish rose, stargazer lily, and carnation all of which are floral notes with spicy components. The perfume brings those to the foreground. This all comes in the wake of one of the more distinct bergamot openings I have. Patchouli and amber provide warmth followed by incense and vanilla to complete the base accord.

Pretty Woman has one problem in my estimation; the name. This is so much a unisex fragrance that the name can be a problem for a man when asked why he smells so good. Which is why when I am asked that question I say I am wearing “Handsome Man”.

When I say Pretty Woman is Under the Radar I mean it. You can only purchase it from the website. I am not sure how consistent the sales are but it has always been available there. I know I’ve turned many on to the fragrance and have sent many Pretty Women, and Handsome Men, there to add it to their collection.