There are times when a new release comes out and it is just the wrong time of year to be fully appreciated. In October of 2013 one of these instances occurred when I tried the new fragrance Maria Candida Gentile Finisterre. I met Sig.ra Gentile at Twisted Lily as she debuted Finisterre. She shared with me some of the raw materials and accords she used. Every so often I have the opportunity to smell one of these accords which just illustrate what skill a master perfumer brings to their art. As Sig.ra Gentile passed me the marine accord she used in Finisterre I was struck by how photorealistic it was. Finesterre refers to Cape Finisterre a rocky peninsula in the Galicia region of Spain. Finisterre is a way station for pilgrims on the Way of St. James. They traverse the path along the water with the waves crashing against the cliffs. The marine accord Sig.ra Gentile is the smell of brine and wet rock as the ocean water sluices out of the honeycomb of rocks in between waves striking the cliff face. This single accord is turbulent and earthy. Even now over six months after encountering it I pull my little envelope of the strip with it on it to regularly re-experience it. 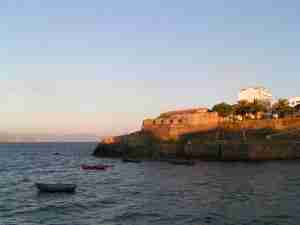 Sig.ra Gentile wanted Finisterre to represent the worshiper’s journey along the coastline. To the marine accord she adds immortelle and pine to evoke the trees and brush growing on the path. All together this is an Atlantic seaside olfactory pastiche, it could be a still life in smell of this milieu. There is a spirituality and humanity I rarely find in a fragrance. 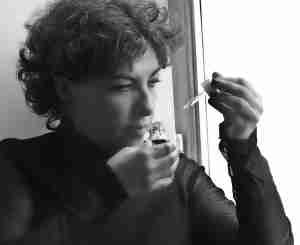 Finisterre opens up with those waves crashing against the cliff face. There is a mix of ozonic notes, a hint of the seaweed left hanging on the wall, the fizz of the foam, and finally the mineral feel of the rock. This is unquestionably an aquatic accord but it is like no aquatic accord I have tried previously. Instead of sea breeze this is the power of waves and stone in constant opposition. From here the immortelle adds its unique character to the construction. If it wasn’t listed I would probably have thought this note was genet but once clued in the characteristics of immortelle are there to be experienced. Then the pine trees on the landward side of the path make their presence known as the sea breeze soughs through the branches. It is gently green adding a tinge of pine instead of a more focused version. The base is a mix of ambergris and sandalwood as we return to the ocean for the final moments. 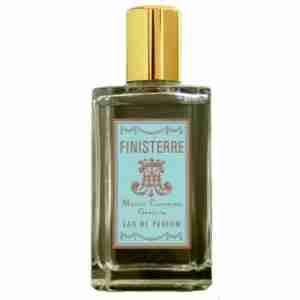 There has been no fragrance I have been looking more forward to wearing once the weather got hot than Finisterre. Over this past weekend I finally had the chance to do just that. As I suspected on a hot day Finisterre explodes to life, it was good in the winter but in the summer it is glorious. If you tried Finisterre back when it came out last fall make it a point to give it another try now in the season it was really made to be worn in. You will find what I think is the best aquatic fragrance released in the last five years.

Disclosure: This review is based on a bottle of Finesterre I purchased.