There is not a whole heck of a lot of perfumes which feature a cannabis accord. There are more in the last couple of years but it is still a tiny subsector of fragrance. This month’s Under the Radar pick carries the name cannabis in its name but it isn’t really that prominent. Fresh Cannabis Santal is a lush chocolate and patchouli gourmand more than an illicit hit in the dark. 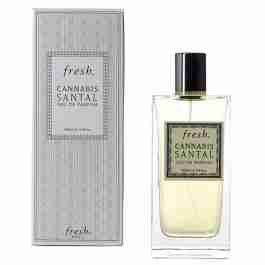 Cannabis Santal was released in 2006, Fresh had been releasing fragrance since 1996 and most of them were riffs on sweetness. They were sort of taking the idea represented by Aquolina Pink Sugar and expanding it in all directions. Most of the name of the perfumes were “Sugar fill in the blank”. They had a much less distributed collection called the Index line where they still explored sweet fragrances but they were more interesting than the Sugar line. When I lived in Boston there was a Fresh boutique in town which allowed me to work my way through the many Fresh perfumes. I remember walking in on a fall day and smelling something which stood out among all of the sugar. It stood out because there was a richness to it. I was drawn to it more than anything I had ever smelled in the store previously. 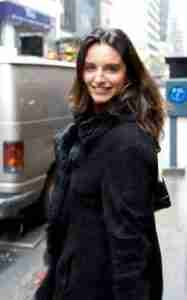 Perfumer Caroline Sabas was given some leeway to break outside the sugar shack; which she used. Her composition is mainly orange, chocolate, rose, and patchouli. There is some cannabis in there and it shows up like a bit of a jack-in-the-box when I wear Cannabis Santal. If you’re looking for a pot connection it is more similar to if you made a batch of pot brownies using orange and rose water to flavor them.

Cannabis Santal opens with a deep orange given that depth by the use of plum. Very rapidly patchouli, rose, and chocolate rise to cover the orange. Very often I talk about patchouli not having that head shop vibe; not here. It actually combines with the chocolate and the rose to sort of dirty things up. It keeps the sweetness from being innocent. It gives the impression these brownies might have more underneath that you suspect. A woody finish which is more vetiver than santal completes the illusion of the label.

Cannabis Santal has 12-14 hour longevity and extremely potent sillage. When I said I smelled it from the door of the Fresh boutique it is not an exaggeration.

Fresh has discontinued much of its line of fragrances with only about a dozen left for sale. Cananbis Santal is one of those survivors. I think it is one of the top tier of gourmands released during that time when there were many of them being released. If you’re looking for that hit off of a joint don’t look for it here. Instead slice off a brownie and wonder why you are smiling so much.