I don’t stop in to my local Crabtree & Evelyn to check out their new perfume offerings as much as I should. They have always managed to produce capable fragrances with the occasional standout all for very reasonable prices. About a month ago I found myself standing in the store in my nearby mall. As I was going through about a year’s worth of new releases one definitely stood out, Crabtree & Evelyn Black Absinthe.

Black Absinthe is part of what Crabtree & Evelyn call their Heritage Collection. The Heritage Collection is meant to “capture the aromas of the Mediterranean coastline and ancient European cities.” The collection has released nine fragrances since 2013; four described as flower water and five eau de colognes. The Eau de Colognes have been the better grouping. Prior to trying Black Absinthe there was a modern retelling of Eau de Hongrie called Hungary Water. With Black Absinthe perfumer Cyrill Rolland makes a more risky kind of cologne than the previous releases within the Heritage Collection. The mixture of absinthe and licorice makes for a very black cologne. 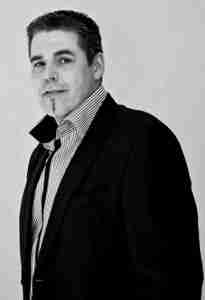 M. Rolland, I think, decided to take down all of the licorice tinged ingredients from his perfumer’s organ and combine them. There is a great bit of revelation in doing that as the very herbal nature of licorice is what M. Rolland explores by combining all of these notes. Despite something as intense as licorice being the focal point M. Rolland also keeps this very nicely balanced at Eau de Cologne weight making this feel like a throwback to the original eau de colognes and their very herbal nature.

Like I mentioned the licorice starts and just keeps on coming. That means we start with fennel and star anise. The bite of boozy wormwood comes next. It definitely has the feeling of a weird absinthe cocktail with a bit of star anise floating on top and fennel as a swizzle stick. The fennel adds an earthy herbal quality. Lavender comes next in the heart and surrounded by the top notes it tilts towards its more acerbic herbal nature. Which works fine because artemesia and licorice want to join lavender on that side of the spectrum. This should be heavy and M. Rolland manages to keep it refreshing and light. Throughout most of the development of Black Absinthe it is this mix of the very herbal licorice tinged with alcoholic decadence which predominates. The base notes are sandalwood and vetiver befitting the eau de cologne theme.

Black Absinthe has been out since the beginning of 2015 and Crabtree & Evelyn aggressively rotate their fragrance stock. Therefore I imagine not only is this Under the Radar but there is probably only a limited time left for it to be available in the store and on the website. If you want something which has a little bit of a bite for the remaining weeks of the summer Black Absinthe should fill the bill.