Much as television and movies take advantage of brand awareness, and reboot a previous project, fragrance has begun to do this as well. There are also some of these projects which make me wonder who thought this was a good idea. One of the latest reboots of a brand overcame my skepticism with one really good new release which fixes some of the things I thought the brand never got right.

Calypso St. Barth started as a resort wear fashion brand in 1992. By 1995 they would branch out into fragrance and release fifteen fragrances until 2012. Then I heard the brand was going to stop making perfume. At that point I sort of felt it was a mercy killing. The collection had unsuccessfully tried to capture that easy breezy aesthetic that resort wear conjures up. Most of the earlier fragrances were flat nondescript compositions. The biggest thing I found irritating was there was nothing of the island of St. Barth’s inside the bottle. Where was Island Time? How about some tropical fruits and/or flowers? Somewhere the creative team decided less island and more bland was the right choice. 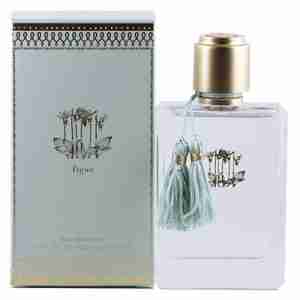 I received my packet of press release and samples at the beginning of the summer. It took me awhile to get around to opening the envelope I will admit. One thing which sort of forced my hand was in my pile of unopened packages there was something which was smelling pretty good to me. After finally hunting down that pleasant smell I was surprised to find it was Calypso St. Barth Figue.

For this re-launch of the brand they were concentrating on three releases all composed by perfumer Jerome Epinette. What I was smelling from my stack of mail was primarily coconut and fig. I was happy to think maybe the islands finally found their way into a Calypso St. Barth Perfume.

M. Epinette opens Figue with a brilliant lemon matched with coconut. This is not a rich coconut think more like coconut water. You get a hint of the sweetness but more transparent. The lemon turns out to be a pretty good partner and I really enjoyed the first moments because of this. The heart is where Figue really takes off as M. Epinette takes two purple florals in violet and heliotrope and sets them as contrast to the creamy woody fig. This is all kept very light, matching the intensity of the top notes. A sweet sun-kissed skin accord of musks, sandalwood, and vanilla is where Figue comes to an end.

Figue has that kind of deceptive longevity where the wearer thinks it is gone but it really isn’t. My wife was able to smell it on me after 10 hours. The sillage is moderate.

M. Epinette really has a way with using some powerful notes in quite transparent ways. Figue captures that relaxed attitude of a vacation on an island. With actual nods to things you might find on that island. If like me you ignored Calypso St. Barth perfumes in the past now is the time to perhaps put them back on your radar, especially Figue.

Disclosure: This review was based on samples provided by Calypso St. Barth.