When I was a child I looked up to the adult men around me for the cues that would help me become like them. Besides my father another influential figure in my childhood was my Uncle Harvey. He was the white-collar flip side to my blue-collar father. Uncle Harvey was a South Florida defense lawyer. He wore a suit and tie. Although when I would see him the tie was loosened and the top button opened showing he wasn’t that fond of the tie part of the uniform. I enjoyed spending time with him because he was an early adopter back in the 1960’s. He had the first color TV. Later, he had the first remote control for that TV. He leased a new Cadillac Coupe de Ville every year which exposed me to the latest in new automotive advances. There was a scent to all of this for me too. Uncle Harvey was an Aramis man. Aramis was the scent of Uncle Harvey to me. I received an Aramis soap on a rope for some occasion and I was surrounded by the smell in my daily shower for a month or so. It imprinted on my forming scent personality that this was what a professional classy gentleman smelled like. 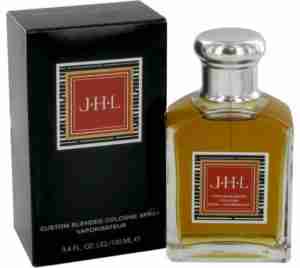 Now fast forward to 1984 as I am assembling my first professional wardrobe and accessories in my first job. As I was looking through the perfumes at the men’s fragrance counter in Macy’s I saw a familiar name Aramis but now there were four versions. The original, Aramis 900, Devin, and JHL. I knew I wanted to be my own man so Aramis was never in the running. But the moment I smelled JHL I knew this was going to join Polo on my dresser. 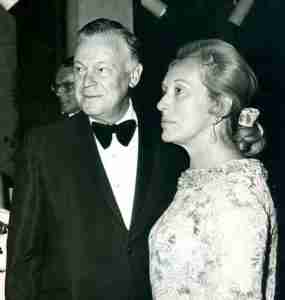 The story behind JHL is it is the initials of Estee Lauder’s husband Joseph Harold Lauder. Ms. Lauder wanted a fragrance which captured him. For this she turned to perfumer Josephine Catapano. What they developed was a modern streamlined version of Aramis.

JHL opens with a more pronounced herbal mixture pushing against citrus. It is a very classic pairing but Ms. Catapano shapes the herbs with a set of spices; cinnamon, allspice, and clove. This provides a soft warmth for a spicy rose to take the lead in the heart with. The woods come next; fir and sandalwood married to patchouli and oakmoss. Incense and vanilla finish the development.

JHL has 14-16 hour longevity and above average sillage.

I still wear JHL as one of my suit and tie fragrances. There has always been a palpable scent of class to it along with a memory of Uncle Harvey.

One thought on “Under the Radar: Aramis JHL- The Scent of Class”