One of the best parts of streaming services is they don’t have to program to the masses. They can have niche programs which capture a percentage of subscribers. They can be allowed to go further than they could on broadcast networks. They can also tell more serialized stories because we generally gulp these series down in a binge session or two. Which means you don’t have to resort to a “previously on” because you’ve just watched it. A final benefit is cult shows of the past has a new outlet. The current season 4 of Veronica Mars on Hulu is an example of that. 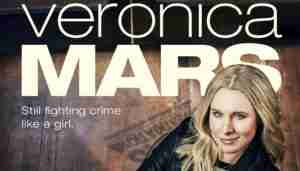 Veronica Mars began its story as a series on a tiny network in 2004. Each season had an overarching mystery which was slowly revealed. It introduced me to actress Kristin Bell who played the title character. The series took place in the fictional town of Neptune, California which had a group of rich Brahmins called the “oh-niners”. Veronica came from the other side of the tracks. The mysteries took place at the intersection of the two.

After three seasons it was canceled with an avid, but small, fan base supporting it. The fans were supportive enough to fund a Kickstarter campaign which led to a movie. While satisfying to see everyone again it left me wanting more. I wanted the long form mystery version.

Seems like Hulu also wanted that as they commissioned a season 4 picking up in the present day. It premiered a few weeks ago.

I wasn’t sure how it would be dealing with the characters as adults. Turns out creator and writer Rob Thomas knew exactly how to make it seem normal. From the first episode I was once again drawn into a mystery in Neptune with these characters. As it was before it is all held together by Ms. Bell’s indelible performance as Veronica.

This time around Mr. Thomas has a lot of fun with his storytelling. The central mystery of finding who is setting bombs around town is confounded with a Fargo-esque parallel plot. It all comes together over the final episodes with style.

As a longtime fan this was just what I wanted. If you’ve never checked it out the first three seasons plus the movie are on Hulu now as well. If you’re a long-time fan set aside some time because once Neptune reaches out it will keep you watching.