When I first started going to the movies as a young boy in the 1960’s there was nothing better than going to the theater. The smell of popcorn. The beam of the projector onto a giant 70mm screen. Heroes larger than life, literally. I remember reading about celebrities who had a movie theater in their homes. More than having a fancy car, diamonds, or money; having a personal movie theater was how I knew someone was wealthy. 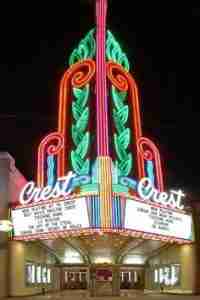 Fifty years later we all have a movie theater in our home. When I look at my big flat screen tv now, it feels as big as the smaller screens which proliferated when theaters were retrofitted into multi-screen showcases. Not only do we have our own widescreen, we have access to libraries of movies. Not every single movie but close. That I can think of an older movie I would like to see and in a matter of minutes it is playing. That is wild. 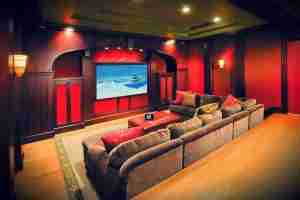 It has led to a conversation about where a movie should be seen. Whether where it shows first even defines whether it is a movie. With Netflix again having movies in the Best Picture race for the 2020 Oscars it is only going to continue. Both of those movies, “The Irishman” and “A Marriage Story” worked better for me on my television in the dark of my living room. They were character studies which rely on the writing and performances more than the spectacle of it all.

Two of the other movies nominated for Best Picture I wouldn’t have wanted to see on my television the first time. “Ford v Ferrari” was one of the best car racing movies I’ve seen in many years. Part of it was the ability to get cameras into the claustrophobic places of the driver. Simultaneously having them attached to the car to give the feeling of the speed. I would never have gotten that if I wasn’t watching it on a big screen at my theater where I could be immersed in the visuals.

“Once Upon a Time in Hollywood” also is best on a larger screen. It is because of the cinematography of it all. Director Quentin Tarantino has used cinematographer Robert Richardson for all his movies after 2003’s “Kill Bill”. As much as there is a Tarantino style of plot and dialogue, Mr. Richardson supplies the signature look to these movies. Great cinematography does not translate even onto my largest flat screen tv. Only in a movie theater can the feeling of 1969 color and movement be communicated which creates the stage for the rest of the movie to take place in.

While the dream of having a movie theater in my home has mostly been achieved. It means the majority of movie watching takes place on my sofa. There are still movies which require a trip to the theater to see them as big as you can. For now it seems like a good place for movies to be.

One thought on “The Sunday Magazine: Theater or Sofa?”