Just as I hope those who visit Colognoisseur find my opinion to have some value, I have critics who I like a lot. Much of the books, music, movies, and television I partake of comes from when there is a consensus among them. Every once in a while, I walk away baffled at what they are praising. This was my experience with the TV series “The White Lotus”.

The reason I was so interested was HBO had given critics the entire series for them to review. Most of the time they only get a few episodes. Almost uniformly they wrote of this satirical look at class in America. It was created by Mike White who also created one of my favorite series “Enlightened”. That was a sharp commentary on the business world that I enjoyed. I thought this could be similarly illuminating. 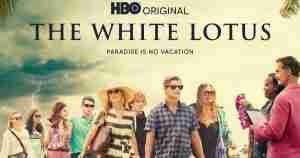 The premise is The White Lotus is an exclusive resort in Hawaii. Guests are brought there to have a luxurious vacation experience. The show focuses on a pair of newlyweds. A neurotic woman there to spread her recently deceased mother’s ashes. A family headed by a woman who created her own company accompanied by her family. Their stay is overseen by the manager of the hotel. In the prologue in the first episode you learn somebody dies. The following five episodes reveals who it was.

Here was my dilemma. By episode 5 I was hoping all of them were the body in the box. This was a collection of unpleasant people doing unpleasant things. Every single one of them. The only sympathetic character is the woman who runs the spa. Her story ends in tears because one of these selfish rich people didn’t give a damn about this person.

I am not sure what Mr. White was after. After nearly six episodes of these characters throwing emotional shrapnel not caring about the collateral damage. They all walk away without any illumination. Oblivious to the horrible people they are. Even when it seems like a couple of them might learn something the moral becomes “the money/status is too important to give up”.

2 thoughts on “The Sunday Magazine: The White Lotus”