There are moments when you sit in a movie theatre and you know what you are seeing will change things. I knew it before I ever sat down in the theatre to see The Matrix in 1999. In what was one of the most effective advertising campaigns I’ve ever seen they showed the clip of Keanu Reeves’ hero Neo dodging bullets on a rooftop by seemingly slowing down time. The movie could have been awful and I would have paid for a ticket to see that. The movie wasn’t awful of course and The Matrix was when we first learned about the filmmaking team known as The Wachowskis. Philip Strick of the British film magazine Sight & Sound had a quote in reference to The Matrix which I think has described much of what The Wachowskis have meant to movies, “If the Wachowskis claim no originality of message, they are startling innovators of method.” 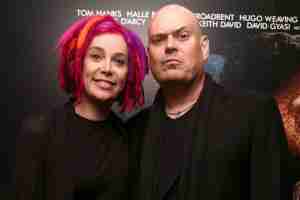 They invented the method called “bullet time” to create the action sequences in all of the Matrix films. That technique is now used everywhere and it has allowed all directors, after its creation, the opportunity to add truly unique visuals to their movies. The saturated color environment of 2008’s, extremely underrated, Speed Racer managed to cross the feel of a live-action animated character with the world of video games. I felt like I was immersed inside the races while they were taking place onscreen. The outside world also seemed a little less vivid after walking out of the theatre that day. In 2012 they tackled the nearly impossible task of adapting David Mitchell’s babushka doll-like novel Cloud Atlas. In a narrative which cuts across seven different times and locales The Wachowskis skill with visually cluing the audience in to where they were was critical for a story as intricate as Cloud Atlas.

The first movie I am most interested in seeing in 2015 is the new movie by The Wachowskis called Jupiter Ascending. Like the TV ads for The Matrix I have been teased with visuals which leave me wanting to see them on the biggest screen I can. This is also a return to The Wachowskis creating their own sci-fi world, as they did with The Matrix. With Jupiter Ascending I am expecting originality of both message and method. 2015 is shaping up to be a year of geek heaven for me and it will all start with whatever The Wachowskis have to show me on February 6, 2015.