One of the cynical aspects of the music business is the reunion album and tour. Most of the time is is easy for me to ignore. I am not somebody looking to pay a lot of money to remind myself of the time in my life when I saw the band. The reunion tour has an uncanny way of happening about the time the original fans have hit middle age perhaps looking for a blast from the past, for a price. Right now the cynic is at war with the optimist because a band I do acre about, Blink-182, has a new album and is about to head out on tour. 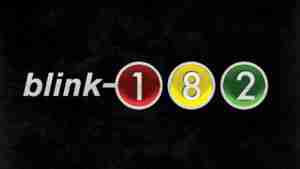 Blink-182 was part of the skate punk movement in the 1990’s. I loved this second coming of punk. The skate kids were the kind of fans who made it so vital. Blink-182 was one of my favorites. Singer Tom DeLonge, drummer Scott Gaynor, and bass player Mark Hoppus made music which felt authentically punk to me. Along with Green Day they would become the biggest successes. In true rock band fashion creative differences would cause the band to split up. It was a slow decay as Mr. Gaynor left because he didn’t like the radio friendly feel he thought was happening. Travis Barker would replace him. Mr. DeLonge wanted a particular evolution of the band’s style. When that was rejected he would leave the band to pursue those ideas with his own band Angels & Airwaves. In 2005 Blink was on “indefinite hiatus”.

There have been a couple half-hearted attempts to get back together. Most notably in 2009 after Mr. Barker survived a plane crash. The recording of the album Neighborhoods took two years because the band members’ old friction resurfaced. It lead to them laying down tracks in separate studios in separate cities. Communication between band members mediated by a cadre of lawyers. This fell apart as quickly as it started.

Which brings us to 2016. Mr. Barker and Mr. Hoppus have decided to move on without Mr. DeLonge. Hiring Matt Skiba in his place. The first single has just been released called “Bored to Death”. Here is where the optimist sat up and took notice. This feels like classic angst-filled Cali punk. I am now looking forward to the new album coming out in September. Have I passed into the moment where I finally need to reawaken my thirtysomething self? I am not sure. But I have been looking to see which credit card I need to have so I can pre-buy tickets when the tour comes to DC.