I am fascinated with celebrity and how it is perceived. Why is one celebrity held up to more scrutiny than another? For the ones which somehow miscalculate an endless stream of paparazzi and TMZ gotcha quotes are in their future. What is also fascinating is once you are put into that category it never seems to go away. Even when you are no longer doing whatever it is that makes you famous. Britney Spears is long past her time at the top of the music world yet she is found on the front page of the celebrity tabloids. I wonder if she will ever escape that scrutiny. This is also something which happens disproportionately to females. Sure George Clooney, and Brad Pitt put up with much of the same insatiable reporting but there are a couple dozen female celebrities which have to deal with this.

I don’t include Madonna, Miley Cyrus, or Alec Baldwin in this category because they court the chaos. They choose to ride the bucking bronco of celebrity and hope they don’t get thrown off the horse. That takes a certain amount of confidence to try and harness the furor to your own ends. All three of the ones I mentioned have made careers out of it, including a few booking photos. They’ll protest their treatment only to be right back doing it within days. 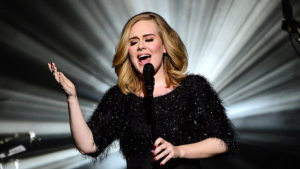 The harder trick to pull off is to be very famous but somehow never cause the sharks of popularity to get the scent of your blood in the water. Two young celebrities who I think are getting this right are singer Adele and actress Jennifer Lawrence.

They are both at the very pinnacle of their respective careers. They both began 2016 with huge moments as Adele released her third album “25”. Jennifer Lawrence received her fourth Oscar nomination in six years. While at the same team being the lead actress in the blockbuster “The Hunger Games” movie franchise. By every measure you could use both of these talented artists have defined their own success. They are rarely on the covers of the tabloids and they are rarely stalked by photographers. I think it comes down to one very definable reason for both of them. They allow the public to see the real them when they are on view, there is no insatiable desire to see what they are doing when the lights are off because we see the real them when they are on. 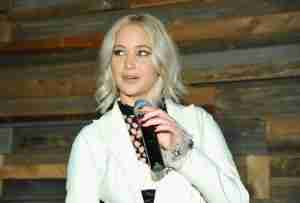 Examples of this are the two video segments Adele did for two talk shows. She participated in an audition for an Adele impersonator on BBC”s “The Graham Norton Show”. She also took a spin in Carpool Karaoke on “The Late Late Show with James Corden”. In both cases we saw the real woman underneath the celebrity while at the same time celebrating that same thing.

Jennifer Lawrence also has the ability to self-deprecatingly slalom through all of the publicity she does for her various movies. When she makes a promotional appearance promoting her upcoming projects they are never a moment when she sits down and just talks about that. Instead she looks like she is having fun joking about herself. Her actions on the red carpet at awards shows also show an actress who doesn’t find celebrity a chore but something to enjoy while you have it.

I know both women are probably just one bad experience from becoming overly guarded; which I hope never comes. They are both so refreshingly honest I want them to be examples of how incredible celebrity can also be equally genuine.