Long before binge watching television became a thing I practiced the habit with serial fiction. Once I finally graduated college and had time to begin reading I knew I wanted to catch up on some of the great mystery, science fiction, and fantasy series. I had one rule I wouldn’t start reading book one until I had a stack of all the entries that had been published in a stack ready to follow. Reading these series, which took the author years to write, were excellent insights into how a writer would evolve and develop. I talk about it all the time with perfumers as the inflection point. That moment when an artist, through experience, breaks through into a new refined level. When I am reading an established series it is fun to see when the cornerstones of the series’ hallmarks begin to form. Like episodic television there should be a familiarity with the characters without it feeling like things are being churned out in a similar manner. Then there are those who don’t follow this while creating something wholly fascinating. My binge reading over the Holidays was author Seanan McGuire’s October “Toby” Daye series. Ms. McGuire throws every genre imaginable into her world while successfully creating an indelible character I want to follow. 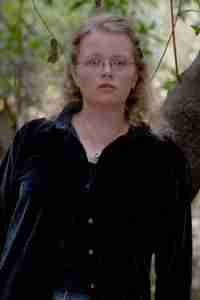 The series is one of the Faerie realm and the Fae who inhabit it. Fertile ground for many of these urban fantasy series. Also common is to have our main protagonist be half human half fae. The final common trope on display in the first book, “Rosemary and Rue”, is our heroine is a Private Investigator. The first book pulls her back into Faerie politics when one dies in San Francisco and as she dies she curses Toby to investigate her murder and solve it or die. As a first book this does the necessary pieces of introducing the recurring supporting cast while Toby works to solve the mystery. As a first book it was good but not so different to be great. That would come a few books later, that inflection point I mentioned.

Over the next two books, “A Local Habitation” and “An Artificial Night”, Ms. McGuire picks up many of the threads laid down in the first book while developing the supporting cast. What I liked especially about “An Artificial Night” was it was as pure a Fantasy novel. minus the urban as could be, with the heroine on a Quest where the consequences lead to book four, “Late Eclipses”. 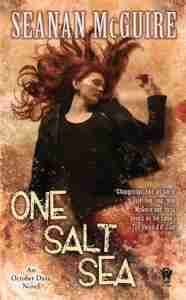 In “One Salt Sea” there is that moment when it felt like Ms. McGuire completely had a handle on her world and her characters. It is also where her prose also leapt to a new level. Less repetitive passages matched with a better sense of humor, sometimes gallows humor, but humor nonetheless.

The next four books in the series build on this momentum until as I finished the most recent release, “A Red-Rose Chain” I was impressed at how much the author has developed along with her characters. In a very crowded urban fantasy field Ms. McGuire has risen to be amongst the best. If you are interested in the genre and need something to get you through these final weeks of winter get acquainted with Toby Daye.