One of my favorite parts of the Sunday newspaper is the magazine section. I have been lucky to live in great newspaper towns where this Sunday section was a weekly omnibus covering the world. While I want Colognoisseur to be focused on the World of Fragrance Monday through Saturday, on Sunday I want to share with my readers some of the other things I am passionate about. What you will see through all of these is my fascination with the creative process. For this first Sunday I want to talk about the recent documentary on J.D. Salinger. 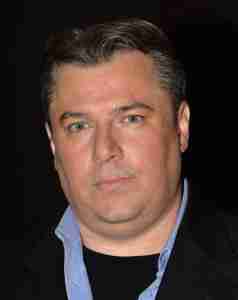 At the end of January PBS’ American Masters aired their 200th episode, the documentary Salinger directed by Shane Salerno. Mr. Salerno is best known as a screenwriter for the movies “Armageddon” and “Savages”. His current gig is co-writing “Avatar 4” with James Cameron. Mr. Salerno’s fascination with author J.D. Salinger came about after he optioned the film rights to Paul Alexander’s “Salinger” biography back in 2000. He wanted to see if he could attract Daniel Day-Lewis into playing Salinger and had heard that Mr. Day-Lewis wanted to have as much research on the real life subjects he would play before considering a role. This was what started Mr. Salerno down the path of gathering information about the notoriously reclusive author. 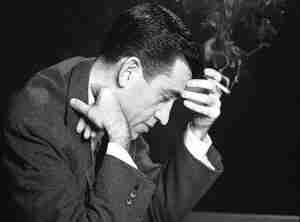 J.D. Salinger is known to almost all who passed through American High Schools and Universities as the author of “Catcher in the Rye”. It is an evergreen classic and I mark it as one of the best written books I have ever read. “Catcher in the Rye” was published in 1951 and it made Salinger into a star of the literary world. He would release a couple of short story collections and with the publication of the novella “Hapworth 16, 1924” in The New Yorker he stopped publishing. In 1953 he bought a farmhouse in Cornish, New Hampshire and after that last story in 1965 that was where he lived out his life until his death in 2010. 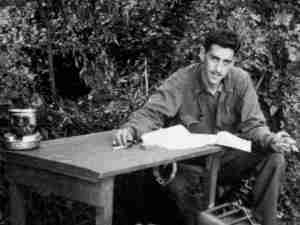 Mr. Salerno’s documentary fills in many of the blank spaces in Mr. Salinger’s life. Starting with his experiences in World War II.  As part of a counter-intelligence division he landed on Normandy Beach on D-Day, was part of the notorious firefights at the Battle of the Bulge and the Battle of Hurtgen Forest. In the documentary there is a description of him hugging a tree during the latter battle while explosions and bullets rained down around him. By the latter days of the war his division would liberate one of the Dachau sub-camps. During all of this he was writing “Catcher in the Rye” in the down times. The documentary shows the only known picture of him writing on a portable desk while in uniform. The documentary proposes that by the time Salinger returned to the US he was suffering from Post-Traumatic Stress Disorder (PTSD) in a time where that term hadn’t yet been coined. One of his comrades in arms was interviewed for the documentary and he said that there are still days for him where artillery goes off in his front yard or living room. Considering he shared Salinger’s experiences it is reasonable to expect Salinger was also traumatized. 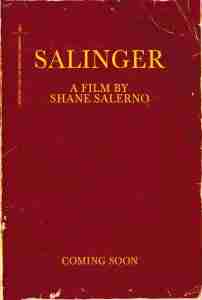 The way this played out in Salinger’s life was his unhealthy obsession with very young girls, teenagers. The documentary spends time with two of these girls; the more well-known Joyce Maynard who wrote a book about her time with Salinger and Jean Miller who he began a relationship with when she was 14 and he was 30. The common threads to both stories were chilling and I found myself seeing Salinger almost as predatory. Ms. Maynard described, as her time was waning, Salinger had started the same pattern with a young au pair which made her know the end was near. This reminded me of the description of Lyndon Baines Johnson by the biographer Robert Caro as having a tapestry in which the brightest threads were laid next to the darkest threads. Salinger was a brilliant writer with a darkness that played out in his obsession with teenage girls.

The other constant throughout the documentary was that Salinger was writing every day for all of these years. Some of the interviewed subjects saw finished manuscripts. At the end of the documentary it claims that starting in 2015 we will be getting five new works by Salinger. One of them will flesh out the Holden Caulfield family history and another the Glass family featured in “Franny & Zooey”. The one I am most interested in after seeing the documentary is a World War II based novel about a counter-intelligence agent’s war experiences. Salinger also was an adherent to Vedanta and one of the new novels is said to be a story-driven manual of Vedantic principles and finally a novella about Salinger’s war experiences. One of the people in the documentary says if these do get published they would go right to No. 1 on the best seller lists. As if to prove this point two days after this documentary aired on PBS “Catcher in the Rye” shot to No. 1 for the first time.

I admire Mr. Salerno’s persistence in tracking down many of the people who Salinger knew and to get them to speak on the record. His reward was a chance to actually see Salinger when he was told to be in Cornish at a specific place and time. The video they took was of a white-haired man smiling and laughing behind a car window. I hope Salinger had finally found some peace in the final days of his life. I know I am very much looking forward to these new works and will be one of those lining up to read them as soon as they are released.

Salinger is available through Netflix or check your local PBS Station Listings for a replay of American Masters.