When my eyes get tired of reading. When I’m not excited to start something new on the streaming services. I have been turning to two mobile games to pass some time more frequently. The inherent play style of these games is they are made for short bursts of activity. Before being at home so much I played both games while waiting in line at the store or bank. Perfect bite-size distraction. Would it feel the same once it went from snack to meal? The answer was yes. I thought I’d talk a bit about the two games which I am enjoying, Marvel Puzzle Quest and June’s Journey. 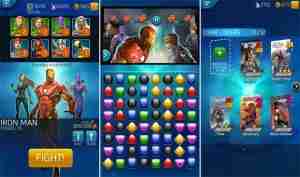 Marvel Puzzle Quest is categorized as a match-3 role playing game. If you’ve ever played Bejeweled which was the first widely played match-3 mobile game then the mechanics are the same. The idea is to match 3 or more of the same colored tile. As they are removed more tiles fill their place. The larger the match you make over three the bigger the game effect. Same concept as Candy Crush but there they vary the playing board with different shapes. In Marvel Puzzle Quest it is a static 8×8 board. What adds the role-playing part to it is you start each match with a team of three of Marvel superheroes. You play against a team of three other superheroes. As each team collects the different colors they power up different powers for each hero. Once they have enough they fire the power causing a loss of health points to each side. Alternating turns on the game board the team standing after the last hero on the other team has lost its health, wins. A typical match takes a minute or two.

I was introduced to this game back in 2013 at New York Comic Con and have played once a day ever since. It appeals to the superhero geek allowing me to have my own X-Men to protect me. It also appeals to the strategy side because there are synergies between characters. Discovering them has been part of its enduring appeal. New characters are released every two weeks making for an ever-evolving game. 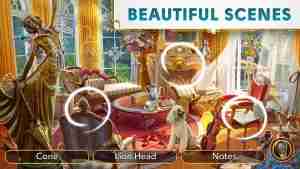 June’s Journey is another classic mobile game type, hidden object, given an extra aspect. The extra is you earn decorative items with which to populate an island. As it is with Marvel Puzzle Quest it is the combination which appeals. The hidden object part is you are given an illustrated scene and a list of items within it. Your task is to find them as quickly as possible. Each successive iteration adds in more items while you are asked t0 find more of them. The additional bit here revolves around June who tells a story through the scenes you play. She has returned home to find a crime has been committed. The scenes you play are part of her gathering clues to solve that crime. As you gather resources the game offers you a place to use them. You spend them on items to decorate a large island. You choose buildings, roads, plants to place on your island. Each of these give you the ability to progress further in the story.

I was introduced to this game by Mrs. C two years ago. I like the hidden object part of the game, but I’ve grown to enjoy the laying out of my island almost as much. I’ve spent time completely rearranging the layouts clustering thematic equivalents. Something I never would have done pre-quarantine was to pull everything up and set everything back down. I had the time and it took up an afternoon getting things the way I liked. The developers release a new chapter every week which has just started Volume 3.

Sometimes I really do just want to play a game these two are what take up most of that time.