2016 has been a hard year for musical trendsetters. In the first 120 days it feels like we have lost more than usual. David Bowie, Glenn Frey, Phife Dawg, and Merle Haggard. Each of these musicians are responsible for defining their particular genre of music. All of them take up large amounts of space in my digital music library. When they passed away I was sad but it was shallow; lasting a day perhaps. I played a few of their songs and moved on. 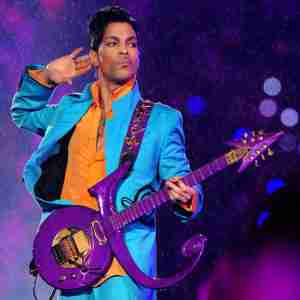 When a celebrity passes away I always get a read on how subtly they affected me by how I react to the announcement of their passing. The first musician who somehow connected to me deeper than I thought was Keith Moon the drummer for The Who. When it was announced he had died in 1978 I immediately wiped away tears. I was in my early punk days. Mr. Moon was one of the earliest punks ever. Kicking over his drum set at the end of every The Who concert while Pete Townsend crashed his guitar against the stage was the kind of emotion I admired in my artists. I think my reaction to his passing came about because I didn’t want to believe that being an iconoclast was equivalent to a short lifetime. It is that moment when I have to blink back tears which tells me how much the art of a particular artist means to me.

This past Thursday when I saw the headline that Prince had died my emotions rose again. I have been listening to his music a lot including a personal favorite which is not seen as one of his best; the “Batman” album. The geek in me was elated someone as cool as Prince could be inspired by the same comics I adored.

I also am a fan of great rock guitarists. In that discussion I have always thought Prince was not sufficiently rated as high as he should have been. When I saw him live for the first time in February of 1983 in Macon, GA I knew he was funky. When I walked out I had discovered he was an elite rock guitarist. Solo after solo made me realize how much there was to his skill. In the video above from the 2004 Rock and Roll Hall of Fame Induction his guitar solo on “While My Guitar Gently Weeps” leaves visual evidence of his virtuosity.

He used his influence to help pave the way for many female artists during a time when they were seen as less bankable than their male counterparts. He made one of the great rock movies of all-time in “Purple Rain” followed up with one of the worst; “Under the Cherry Moon”. He spoke softly which made me listen more closely.

One of the things I enjoyed about the public reaction to the announcement of his death was instead of flowers piling up at memorials; dance parties broke out all over the world. It seemed fitting that the world was going to party like its 1999 with unshed tears in their eyes.