My wife, Mrs. C, is an artist and serves on the board of a local arts association. One of her fellow members, painter Lynne Haussler Oakes, who started the Art League of Germantown 35 years ago; began corresponding with me. As is common among creative minds it generally isn’t confined to just one medium. She shared some poetry she had written on perfume. I really enjoyed what I read and asked her if she would allow me to post them on Colognoisseur. For this week, I am turning over The Sunday Magazine to artist-poet Lynne Oakes. 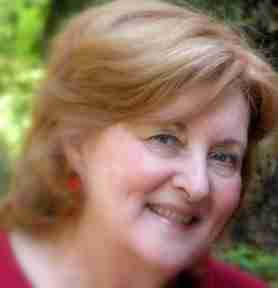 Early in my life I learned where to place the scent so it did the most ‘damage’. Perfume was ammunition. For after all, didn’t we want guys to swoon over us? It was the invisible weapon. Put it on pulse points, at one’s neck, at the crook of your arm, even behind your knees! I started putting it on a cotton ball and tucking it between burgeoning breasts.  The guy had no chance at all.

As I became a young lady, I was given cologne or more precisely, eau de toilette. One would not spend what true perfume cost on a child. Even in the days of my youth, it was expensive stuff. I can’t say that I understood what it took, or even now what it takes to secure and create the elements of a perfume, but early in my life it was those lighter scents that got me hooked on smelling delicious and hugging the women in my family who wore the real thing.

Things of mine that I see or touch nearly every day seem to cause a line of poetry to appear and with it, the demand to write something about it. Sometimes the lines come to me at night, or when half-awake just before I get up. Recently it has been like that with my perfume bottles. Fragments of memories surface from the small assortment on my dresser.  I recall the round mirrored tray with gold filigree embracing my Mother’s collection. And my Grandmother’s art deco vanity, her tray staging the beautiful glass containers. These trays were part of the presentation and a practical matter as well. They protected one’s dresser from the damage of alcohol rings. The bottles themselves are a story of art and design. Remembering them on my mother’s dresser is clearer to me than remembering the scent within. Each woman had her favorite, a sort of extension of their personal essence. It was part of who they were, these ladies with perfume. 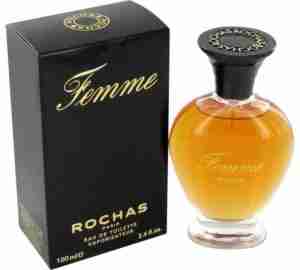 I remember a stylish European woman from a place where I worked years ago.

Can one say ‘I remember a fragrant woman’?

She was Belgian with that lovely French accent in the middle of New York City.

Walking into an empty room you knew she’d just been there.

Her perfume lingered and it always made me smile.

She told me it was “Femme” when I asked her.

Fifty-some years ago and still I remember that, but not her name.

I wasted no time buying some for myself, even the scented powder.

I was so captivated by the magical effect it made.

Standing in line behind a man in a bank,

I became aware of the same body scent my boyfriend had.

This was after years away from being a teenager

who borrowed a jacket and slept with it because

A college boyfriend gave me a very expensive

I did wear it a few times, just to please him,

but it mostly stayed on a little shelf

How can I say what it is that I like?

What my heart, nose and body respond to?

You just have to experience it,

inhale it at the perfume counter, try it on

and wear it home,

breathing it in over and over.

I’ve heard that upper classes and royalty used it

to mask the infrequency of bathing.

It had to be really powerful. 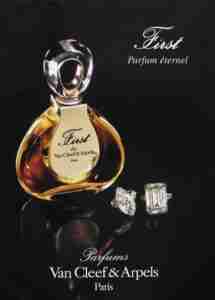 The bottles are themselves a work of art,

I’ve kept some especially lovely ones

of grandmother’s and mother’s

It is the contents that bring memories

Dad’s Bay Rum and one he gave me

My dresser is the stage for a few of my own,

tucked in with empty ones I’ve saved.

A Chanel scent my son brought me from Paris,

another arriving in a box of goodies from a friend,

and one I found myself called ‘Dead Sexy’

Spraying on the one I’ve chosen,

brings instant connection to someone I cherish.

The enchantment of perfume with its 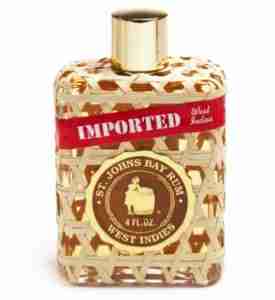 I have a bottle covered with woven grass

holding a remnant of my Dad’s aftershave.

Its disappearance is not by evaporation,

but from his use of it.

The bottles of scents he liked

were all lined up

on the back of the commode

in the master bath in the house where I grew up.

It is a sweet memory for me

hugging him, kissing his neck,

Now I open the one bottle I have left,

breathing in what is so familiar

bringing him to me 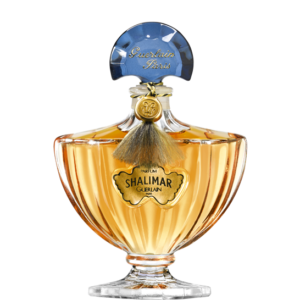 With my oil paints

a small canvas of

My thanks to Ms. Oakes for allowing me to post these on Colognoisseur.

2 thoughts on “The Sunday Magazine: Poetry on Perfume by Lynne Haussler Oakes”