I’ll be spending the next three days talking about all the things I thought were the Best of 2015 in perfume. I’m going to use this last The Sunday Magazine of 2015 to talk about some of the other non-perfume things which made my Best of 2015 list.

Favorite Movie: Star Wars The Force Awakens– If it was just about the movie it would still be my favorite of 2015. Star Wars The Force Awakens is much more. It has resurrected the experience of going to the movie theatre again. This was not going to be as much fun on your home flat screen television. Plus, director JJ Abrams did such a fantastic job of not giving away the entire plot that we all sat in the theatre in conjugal ignorance of what was going to happen next. Finally, the creation of the character of Rey a heroine from a long time ago in a galaxy far, far away who feels just right for the Milky Way circa 2015. 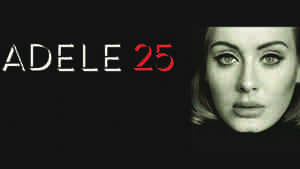 Favorite Album: 25 by Adele– There was a time no too long ago when Adele underwent throat surgery and I wondered if nature would have silenced one of the great singers too early. Her voice came back with no detectable loss in timbre or projection. 25 is her third album and this showcases a person who is learning about motherhood while still missing some of the unfettered past. “When We Were Young” is the most emblematic of that emotion. It is also my favorite song on 25.

Favorite Single: Flesh Without Blood by Grimes– I love unique vocals and singer Claire Boucher has that and then some. The whole album “Art Angels” is full of twisted pop anthems but none of them grabbed me as much as Flesh Without Blood.

Favorite Television Show: Game of Thrones– For a show known for its incredible scope as the producers adapt one of the best written epic fantasy series to the visual it is hard to not want to give them a standing ovation for the last three episodes of Season 5. Each Episode contained a mind boggling singular piece of visual story telling. As Jon Snow learned the depth of the threat from North of the Wall in Hardhome. Daenerys dealt with an uprising in Mereeen in The Mother of Dragons. Ending with Cersei’s Walk of Shame in Mother’s Mercy. The best part of Season 6 is nobody knows what is coming next because the show has caught up to the books. What I do know is this team has my full belief it will be amazing. 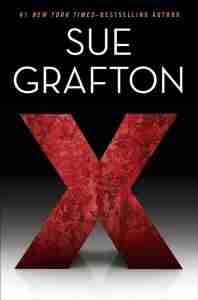 Favorite Book: X by Sue Grafton– I what I think will go down as one of the greatest American mystery series ever written X shows all of the reasons why I think that. As readers we have followed detective Kinsey Millhone through twenty-four adventures. X upped the ante in such a way that I was wondering if Ms. Grafton was going to pull a surprise and stop before she gets to Z. A brilliant piece of engaging detective fiction.

Favorite New Spirit: Willett Distillery Pot Still Reserve Bourbon– This small Kentucky-based distillery has been putting out some of the very best small batch whiskey and bourbon. The Pot Still Reserve is one of the most unique bourbons I have encountered. It is fine straight but if you add just a drop of water the transformation is amazing. As the very noticeable odor of ripe bananas rises from my glass. This is also a very honeyed and sweet version of bourbon that might appeal to those who are not fans of bourbon.

Favorite Wines: Rieslings– I have been on a bit of a sweet wine trend over the last part of the year. This has led to me rediscovering some of the great Rieslings being made from the home of the varietal in Germany to the American outposts of the Pacific Northwest and the Finger Lakes of NY. I have enjoyed how each different country which produces a Riesling adds its own distinctive twist.

These are the things which made my 2015 brighter outside of fragrance.