I am a city mouse. I’ve lived in cities for the great majority of my life. Mrs. Colognoisseur is a country mouse. When I describe us I often say we are a reverse “Green Acres” Mrs. C is Oliver and I am Lisa. When I changed jobs to move down to the Washington DC area we have ended up living the country life in Poolesville, MD. After three years I have become surprised at how much I have enjoyed it. 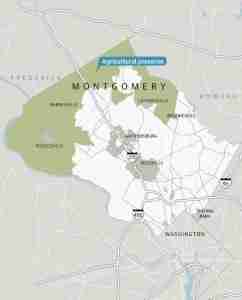 Poolesville is right in the middle of the Montgomery County Agricultural Reserve. This was an initiative where 93,000 acres of the county was protected from development and encouraged to become working agricultural businesses. The effect is, thirty years later, we live in the middle of a flourishing farming community. From May through early November the local farms are our produce section. We go from vegetable farm to fruit farm and buy what is in season. While we aren’t interested in tilling the soil ourselves this allows me to see the change in harvest as the calendar moves on. As I have started to get a handle on when things will be ready I find myself looking forward to the crop of beets as much as I look forward to the seasonal lattes at Starbucks. I have truly come to dislike having to go back to the grocery store for the winter months. 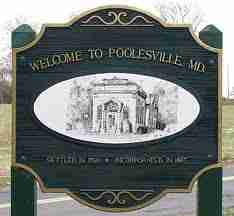 Besides the farms there is the town of Poolesville itself which is the smallest place I have ever lived. The population is just around 5,000 people. It is very interesting to live in a place where the guys who run Poolesville Hardware know who we are and what we need, often before we do. There is a town green which has events on a near weekly basis. It brings the town out to spend some time together. I have always heard about this concept of a “sense of community” but living in the city that get buried under the hardness of the urban landscape. In Poolesville it is a reality and it is something many feel is worth the effort to maintain.

Like all small communities there are some changes coming Poolesville’s way. Poolesville High School has been the #1 high school in the state for many years and is annually ranked in the top 100 high schools in the entire country, #47 for 2014. This has made Poolesville a desirable location for parents who want their children to go to a good school. This is where the foresight of the Agricultural Reserve runs head-on into upper middle class values. There are few areas which can be subdivided into the prototypical Mc Mansion but there are some and they have grown steadily. This is changing the socio-economic makeup of town and it is unclear how that will impact the town. A couple of signs is the arrival of two national chain stores which will directly compete with existing family-run stores. As I hear many of the older residents say their goal is to “Keep Poolesville, Poolesville.” So far that task has been easy but it might become more difficult over time.

It has turned out that Poolesville has been more interesting than my inner Lisa was worried it would be. I haven't been longing for Fifth Avenue that much. To be honest I’ve found out there is a little more Oliver in me than I suspected. So far the country life has agreed with me.