The book is better than the movie is a truism most of us subscribe to. The corollary to that is the more complicated the book the more disappointing the movie is. When it comes to getting epic fantasy onto the screen it was very much a graveyard of good intentions and failed technologies for many years. Then Peter Jackson and his team were able to amazingly put a version of JRR Tolkien’s “Lord of the Rings” on the screen and by the time they finished they were lauded with awards, kudos, and not a whole lot of “The book was better than the movie” commentary. Mr. Jackson understood what was intrinsically necessary to tell the story and stripped away the fun, but extraneous, side journeys leaving the main threads of the tale intact. After this success I imagine Hollywood was busy optioning every epic fantasy series on the bookshelf.

If there is a modern successor to Tolkien’s masterwork in the genre it would be George R.R. Martin’s “A Song of Ice and Fire”. Through five complete volumes with two left to come Mr. Martin has created a world as texturally complex as Middle-Earth but his characters are less easily segregated into “good guys” and “bad guys”. This series is about the way power, or lack of it, motivates people to the deeds they do on the page. Each chapter is told from the point of view of a character and through that narration the story progresses. Because of these storytelling conventions and a sprawling story with characters spread everywhere I would have expected this series to be among the last Hollywood would take a stab at. 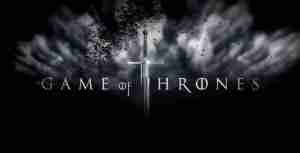 The people at HBO had a different idea and proposed that instead of turning it into a movie let’s turn it into a television series. Once that decision was made the showrunners and creators David Benioff and D.B. Weiss undertook the casting and in March of 2011 the first episode of Game of Thrones appeared. One of the key things Mr. Benioff and Weiss did was to bring Mr. Martin on board. He has written one episode in each of the four seasons, and they have been the pivotal episodes in many of those seasons. Having the author of the source material writing material for the visual adaptation shows the commitment to getting this right.

Getting it right is exactly what Game of Thrones has done. As a reader of the books there was so much they could have done wrong but up to this point they have preserved every critical beat from the books and translated them to the television screen. The acting is superb from actors well known like Peter Dinklage, Sean Bean, and Lena Headley to newcomers Emilia Clarke, Maisie Williams, and Natalie Dormer. They inhabit these characters so fully that they convincingly deliver lines of dialogue that when said out loud could sound arch but in these actors’ reading sounds genuine.

The production values are sumptuous as all of the world of Game of Thrones comes to life and the crew films in Iceland, Ireland, Malta, Morocco, and Croatia. The locations used bring the fictional land of Westeros to life and the acting and words give it power.

If you haven’t tried this and enjoy these kind of stories you need to binge watch the first three 10-episode seasons. Season 4 has just started showing on HBO in the US. One caveat watch the series without reading the books first. Mr. Martin has made a world where anything can happen and one of the great joys of Game of Thrones is the number of “OMG did they just do that?” moments. There is a lot of television which relies on that but Game of Thrones might be the best at making those moments feel earned and truthful. I do know that there are a lot of epic fantasy properties in less adept hands who probably wish very fervently that this team had found their property first. I am very glad they didn’t and Game of Thrones will stand as a milestone in turning the page into visual where the visual is as good as the book.