Perfume isn’t the only thing I rotate with the seasons. Many of my other passions also reflect the season. Wine is no different as through the warmer months I enjoy my chilled white wines and lighter body reds. In the winter it is the big reds and ports which warm up my palate. They also seem to go with all of the foods of those seasons as whites go so well with fresh seafood and reds go with hearty stews. Fall presents some dilemmas with the right wine to pair with the plethora of spiced fare. Not to mention pumpkin versions of seemingly everything. This mix of flavors tramples a traditional white and gets trampled by reds. It takes a special kind of wine to cut through all of the pumpkin spice. The wine I find myself drinking a lot of during the autumn days and nights is Gewurzrtraminer.

Gewurztraminer is a white wine made from red grapes. It requires the skins to be removed immediately after pressing them after harvest. This leads the typical wine to having a deep golden color. The varietal was originated in the Alsace region of France. It has spread all over the world with great versions being produced in almost every winemaking region. The “Gewurz” part of the name translates to spice. While there are some high priced versions particularly from the Alsace vineyard of Domaine Zind-Humbrecht there are many great ones to be found under $20 including some from Alsace.

The wines have very prominent flavors and aromas. It is also one of the wines I use when I teach to explain the concept of the nose of a wine. I regularly compare it to fragrance as these wines have very distinct floral aromas matched with spices and mineral accords. Sounds like a Floriental right?

Once you sip those spices come to the fore usually wrapped in a honeyed sweetness before a panoply of fruit notes. From the floral nose to the fruity end on the palate I jokingly refer to Gerwurztraminers as the fruity florals of the wine world. Another advantage of this type of wine is it is meant to be drunk now. No cellaring necessary.

As for food pairing this is a great wine to serve with spicy cuisines like Chinese, Indian, or Mexican. For my tastes it is the only wine I will drink with those cuisines. It goes really well with cheese plates prior to the meal. In conjunction with sharper, creamier cheese it sings in harmony. As I already mentioned above if you are using the typical fall spice palette this is one of the few wine choices which cuts through all of that too.

Here are five under $20 Gewurztraminers worth looking for at your local wine store.

Lucien Albrecht Reserve from Alsace should be available in both the 2012 and 2013 vintages. The 2012 was one of the best wines I tasted in 2014. It was an incredibly strong vintage from one of the best producers of Gewurztraminer in the world. The 2013 is very good but if you can get the 2012.

Hugel and Fils is another Alsatian Gewurztraminer worth seeking out. It has much more fruitiness than the Lucien Albrecht. Again both 2012 and 2013 are available and the 2012 is slightly better. 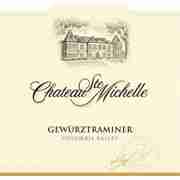 Chateau Ste. Michelle from the Columbia Valley in Washington State is what I consider to be the best buy in this varietal. This winery excels in producing consistently great wines in every varietal they take on. Gewurztraminer was one of the early efforts which put it on my radar. It has never disappointed and it can be found for less than $10 in most places. If you want a place to experiment without spending too much this is where you should start.

This next recommendation might be a little hard to find but Anthony Road in the Finger Lakes region of New York has one of the more unique takes on this grape. The Gewurztraminer produced here is one of the driest you will find. As a result it reins in the fruitiness and releases the floral qualities. If all this talk about lush fruit and spices has you cautious Anthony Road might be the way to go. This vineyard does not produce a huge amount but it can be found in better wine stores throughout the US.

In the very early days of California wine making Gewurztraminers were found throughout Napa and Sonoma. Things changed as the more upscale varietals began to push it off the hillsides. There are still a few good Cali Gewurzes to be found you just have to go south to the Monterey Coast region. Thomas Fogarty has become the most reliable producer from that region. It gets criticized for trying to be Chardonnay-like Gewurztraminer. What that means is this is the lightest of the five I am recommending. It also means that the fruit is ascendant and the floral and spicy qualities are dialed way back. If that makes it Chardonnay-like then so be it.

If you’re looking for a wine to take to a friend’s dinner where they will be serving pumpkin spice latkes or souffles or casseroles take a stroll over to the Gewurztraminer section.