About once a year I like to take a look at my most listened to list on iTunes. I’ve always found it to be an interesting snapshot of my last year. Just by looking at the songs and musicians I have listened to repeatedly I gain some insight into my emotion over the course of the year. The other thing I tend to discover is there is one artist who I am generally unaware that I have been listening to as much as I have. That tends to tell me if I’m not using it for auditory emotional support then it must be an artist I admire. When looking at my past year of iTunes the band which fell into this latter category is Florence + The Machine. 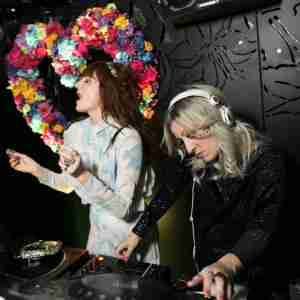 Florence + The Machine released their first album in 2009, Lungs. The first song which introduced me to the band was “Kiss With a Fist”. This also introduced me to the voice of the lead singer in the bad Florence Welch. Rock music has always been blessed with women vocalists with signature sounds. Ms. Welch belongs to the school where her emotion infuses every note she sings. She is the next iteration of a line which started with Janis Joplin. Every generation needs this voice and Ms. Welch is it for this one.

Ms. Welch gets much of the attention but the band would not be as good without The Machine. You might think “The Machine” refers to the entire band but it doesn’t. It refers to the keyboard player Isabella Summers. She was known as Isa Machine for her early musical career. She and Ms. Welch met in London when they were children. Time would bring their paths back together in a music studio. Ms. Summers was having a successful career doing hip hop and remixes. When she and Ms. Welch met again in 2006 they immediately struck up a creative friendship with Ms. Summers providing the electronic music foundation for Ms. Welch’s lyrics and voice to shine upon. Their early performances were under the stage name Florence Robot/Isa Machine. When they went to record Lungs they changed it to Florence + The Machine.

The second single “Dog Days Are Over” is the song which showcases the influences both bring to the table. The first part of the song is percussion via handclap while Ms. Welch sings over harp and guitar. In the middle the hand claps are gone and the same percussive rhythm is pounded out on a drum kit. Slowly and surely building to a joyful crescendo. This is the single song which has been in the top 5 on my iTunes list for the past year.

The other track in my personal top 10 was the first single of the second album, Ceremonials. “Shake it Out” is the opposite of “Dog Days Are Over”. That song was stripped down for half of it. “Shake It Out” is a soaring organ drenched hymn of defiance to the weight of life.

The third album How Big, How Blue, How Beautiful was released earlier this year. The album as a whole has built on the first two and has the feel of a band really hitting its stride. If I had to guess which song will make next year’s list I suspect it will be “Ship to Wreck”. A song of how we can find ways to wreck that which we enjoy building.

I just hope Florence and Isabella have no desire to tear down this musical partnership they have created and nurtured so beautifully. I want to keep finding Florence + The Machine tracks in my iTunes top 10 for years to come.