The life cycle of any television show is unique. As they age, they change. Nothing surprising about that. A recent show which has started mediocre, risen, only to completely fall apart is “Fear the Walking Dead”.

“Fear The Walking Dead” is a spin-off of the original The Walking Dead. Therein laid its potential and its pitfalls. The writers got to create something totally new within the zombie apocalypse world of The Walking Dead. In its first season it showed us how the whole zombie apocalypse started in Los Angeles. It wasn’t a great start, but it created a set of characters I was curious enough to follow into a new season. The next two seasons were great. The show dealt with how the early survivors relied on different internal compasses of faith. Especially season three, both seasons, were the best of what The Walking Dead can be. Then it all went off the rails, 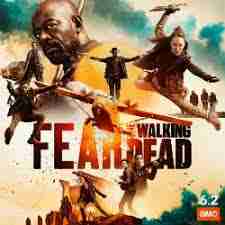 Over the last two seasons the storytelling has become exceedingly lazy. It is the worst of genre tropes every week. They don’t have enough fuel one week leading them into risking themselves to get it. The very next week they’re off on extended joyrides without a mention of conserving gas. Its just carelessness by the writers. The other crime these writers have committed is they have made all the characters stupid, until they need to be brilliant.

This character assassination killed every great original character. It even destroyed two characters who joined the cast from the original series. This past season was so poorly written I have removed the show from my DVR list.

On the recap show “The Talking Dead” they have a segment called “In Memoriam” where they recap all who died in that night’s episode. At the end of season five they should add the show to the list. These guys killed a promising show.