I have written often in this column about how things have changed for almost everything that was once thought the domain of the geek or the nerd. In 2015 I sit here with a lot of satisfaction that comic books, science fiction, fantasy, gaming, and movies have all been embraced as part of popular culture; which I’ve loved my entire life. For many of these it is arguable what changed the popular perception and began to make it something which could break out into wider acceptance. When it comes to comic books it is very clear what and when it happened. 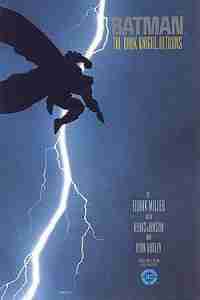 In 1986 just after the New Year I went to my local comic shop to pick up my weekly supply of new releases. In those days I was pretty much a Marvel-only comic reader. DC was such a mess at portraying its two most iconic characters of Batman and Superman it was easier to pretend they didn’t exist. The owner of the store pointed to this unusually bound comic book which looked more like a trade paperback and said you might want to give that one a try. The comic was called “The Dark Knight Returns” and was written and drawn by Frank Miller. Inside were glossy pages full of a dystopian near future version of Batman. It was all of the nihilism which was underneath the Batman persona exposed. This was like nothing else in the comic book store. Along with Alan Moore’s “Watchmen” which would begin later in 1986 this was when the modern age of comic book story telling was born. Which would inspire many of the current crop of superhero movies.

From this point on our heroes went on darker grimmer journeys. Mr. Miller would bring his style to multiple projects. He would return to The Dark Knight universe with “The Dark Knight Strikes Again” in 2001. This time the story was overstuffed with way too many nods to other DC heroes and the story careened around maniacally for most of the first two issues. The emotion and grittiness only returned in the final act as Batman’s choices have caught up to him. 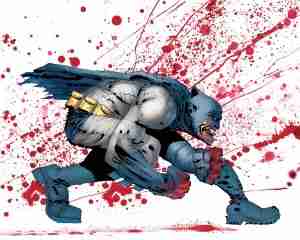 Now in 2015 Mr. Miller is returning for the final installment “The Dark Knight III: The Master Race” which will be released in two weeks on November 25 2015. Mr. Miller is overseeing the project but this time there is as strong a team of writers and artists to help bring this final story to life as exists in the comic book world. Mr. Miller’s Dark Knight Universe deserves a conclusion as fitting as the story he started nearly thirty years ago. Based on everything I’ve seen and heard I think we are going to get it.

These last couple of months of 2015 are providing a couple of particularly trenchant moments where the things which made geeky things cool, attempt returns. Everyone knows about Star Wars Episode VII but another set of Roman numerals after a title are just as important to me. I have every reason to believe both will remind me why I am as happy to be a geek, now, as I was when nobody wanted to join in.