As I mentioned in my first The Sunday Magazine this series was inspired by the magazine section that came with the Sunday paper. My love of this section came from my boyhood newspaper The Miami Herald or as we called it The Herald. The Sunday Magazine was called Tropic and inside the regular writers for the daily paper were allowed to do something different. Tropic was the birthplace of Dave Barry who will be a name familiar to many. My favorite writer I discovered in Tropic was a man with a savagely funny way of looking at South Florida and the tourist business which supports so many in that area. His name is Carl Hiaasen. 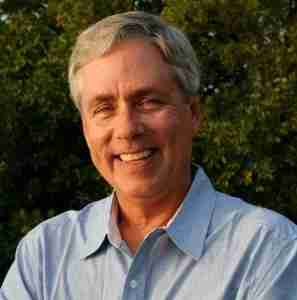 Mr. Hiaasen started writing for the newspaper in 1976 in the capacity of investigative reporter. His job most of the time was to dig deep and find out the truth behind the latest big lie being told by a politician. In South Florida that kind of work would lead you into a real-life theatre of the absurd. He is quoted as describing it this way, "The Sunshine State is a paradise of scandals teeming with drifters, deadbeats, and misfits drawn here by some dark primordial calling like demented trout. And you'd be surprised how many of them decide to run for public office." As a way of evening up the score with those who kept getting away with everything Mr. Hiaasen started to write novels. This time because he was in charge the forces for good would carry the day. 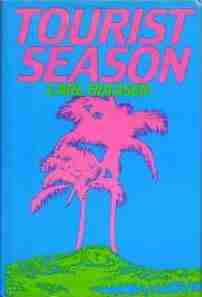 I was ay my favorite mystery bookstore in NYC, Murder Ink in 1986 when the owner told me she had an advance copy of a first novel by a reporter from The Herald. I remembered some funny columns by this Hiaasen guy in Tropic and I thought it had a chance to be pretty good. The novel’s name is “Tourist Season” and it tells of a small militant group who has the goal of starting so much mayhem the tourists will stop coming. When I read a book it is rare that I laugh out loud, usually a slight chuckle. Mr. Hiaasen tickles me into laughing so hard I close the book for a moment. Some of it is because growing up in the area the insanity just hits home with me. I was so sure this was only hysterical to someone who lived there I never thought anyone else would get it. Thankfully I was wrong. 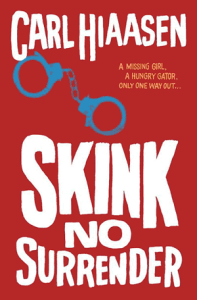 Mr. Hiaasen has had an incredibly prolific career publishing thirteen novels and five young adult novels. All of them feature colorful villains and even more colorful protagonists. One who carries over through many of the books is ex-governor Clinton Tyree who after being forced into selling a wildlife preserve while in office to developers decided to resign. He disappears but re-surfaces as Skink through many of the novels. He is often the anti-development chorus to these novels delivering that message laced with humor. The latest novel released last year called “Skink-No Surrender” was the first to actually feature the usually supporting character.

All of Mr. Hiaasen’s books are full of everything insane about South Florida in general and he skewers all. For his take on Disney World 1991’s Native Tongue covers that ground. 2010’s Star Island takes on our celebrity obsessed pop culture.

As you start to assemble your beach reading for this summer Mr. Hiaasen is a good addition to your beach bag.