It seems like everywhere you turn there are artisanal small batch versions to be found. When it comes to fragrance it is my pleasure to support the independent perfumers who work to their own rhythm. I am also finding the same is true when it comes to the potent potables I drink. One of the best examples of this is the story behind Vermont’s Caledonia Spirits and their Barr Hill Gin. 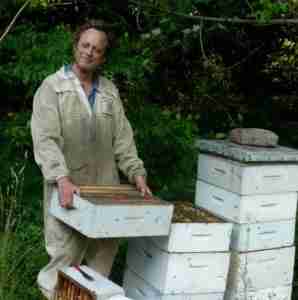 Todd Hardie has been fascinated with bees since he was 12-years old. This has led to a life of beekeeping and farming in the far northern Vermont region hard against the Quebec, Canada border. This is a land of dairy farms and one of my favorite quotes on the website is Mr. Hardie mentions that his bees require no documentation to cross the border and pollinate. As a working honey farmer he also grew grains and on Barr Hill there was wild juniper growing. One night as he was wondering how to maximize the use of all of his land the idea of distilling the grain for alcohol, using that to extract the juniper to make gin and then finish that gin by adding raw honey came to be. Over about 24 months a still was built, from recycled parts which produced the ethanol and allowed for vapor extraction of the juniper berries. The bees added their special ingredient and Barr Hill Gin was created. At first Mr. Hardie sold it in Vermont and one store in NYC. Since then Barr Hill Gin has become a true word-of-mouth success.

Gin is my favorite liquor. I used to distill my own when I was in graduate school and got to be competent at it. Once I had a job I was content to let the more experienced make my gin for me. I’ve probably been through all of the gin crazes from Tanqueray to Bombay Sapphire, to Hendrick’s and I like all of them. The addition of honey to Barr Hill Gin sets it apart. It makes it a gin for many people who aren’t fond of gin.

While sipping Barr Hill by itself, as an extremely dry martini, is a pleasure and the honey takes the coriander “edge” off that many people don’t like. It really comes to life in the right cocktails. As a class Barr Hill would be considered an Old Tom Gin as opposed to a London Dry Gin like Tanqueray or Bombay. The difference is an Old Tom Gin is a sweeter gin and the craft cocktail movement has made this style more sought after as more and more bartenders want to use it in their new cocktails. 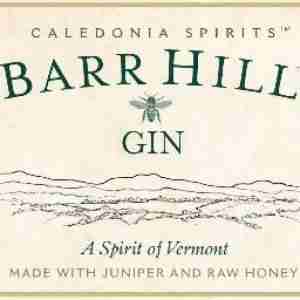 There is no gin-based cocktail I haven’t found to be improved by the addition of this gin but there is one which far and away almost seems it was particularly made for.  Back in the 1920’s the phrase used to describe something as cool was the “bee’s knees”. It is no surprise that a bartender created a cocktail by that name. Unfortunately because this bartender created the Bee’s Knees during Prohibition nobody knows who to appropriately attribute it to. Considering the gin used in speakeasies during that period was probably more like my amateur efforts in grad school bartenders were really looking for a way to take the “edge” off. The Bee’s Knees does it quite simply with honey and lemon juice. 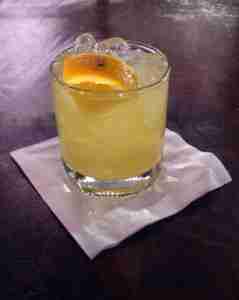 Pour all of the ingredients in a shaker filled with ice. Shake and strain into a highball glass with a couple of cubes of ice.

As a Colognoisseur variant to add some fragrant aspects to it I take a teaspoon of Crème de Violette and float it on top and add a sprig of rosemary. This combination always reminds me of two of my favorite fragrances both of which contain a honey and violet accord; Ulrich Lang Anvers and Serge Lutens Bois de Violette.

I do have to say the use of Barr Hill Gin has made gin lovers out of many of my friends who thought they didn’t like gin. You might even say they think it is the bee’s knees of gins.