The Oscar nominations were released this past Tuesday. I was particularly interested in the nominees for Best Picture. Over the past few years it seems like if you were a film which made money at the box office that excluded it from winning, or even being nominated, for the big award. The Oscars had become about saluting the best movie which had the least audience. There became this unspoken rule that the popular moneymaking movies didn’t need the publicity an Oscar nomination brings. Better to nominate movies which could use the spotlight. It made it seem like if your movie makes money the box office position is enough notice.

This is a recent phenomenon. From 1940 through the win for “Annie Hall” in 1978; 90% of the Best Picture winners were also in the top-ten box office list. From 1979 through 2004 it became a less reliable indicator of Oscar glory as it broke 60-40 in favor of the box office winners. Since 2004 do you know the number of top-ten box office movies which have won an Oscar? Zero! I repeat, zero! That’s a problem. 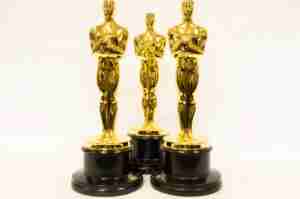 The Academy of Motion Picture Arts and Sciences recognized the issue and tried to come up with a solution. In the summer of 2018 they proposed an award for “Outstanding Achievement in Popular Film”. One reason is the TV ratings have been declining because the movies most of the television audience have seen are represented nowhere. I’m one of those people. I have watched the Oscars every year. I’ve only become bored recently because I have no rooting interest. I remember rooting for ET in 1983 only to see Gandhi win. I remember feeling the opposite when Lord of the Rings: The Return of the King won in 2004. Too often over this fourteen-year run of small movie nominees, and winners, I have no rooting interest because these are niche movies made for a small segment of the audience.

This was why I loved the idea of Best Popular Movie. I would once again have the chance to root for something I had seen. Critics of the move hated the idea of two “separate but equal” awards. They worried that the Best Picture award would become ghettoized as the place for the small serious movie. The Academy caved to the pressure, but I don’t have to.

Using this year’s list of nominees I am going to break them down into two categories. My imperfect barometer for the Popular Film category is grater than $100M box office or if released in the last quarter of the year three consecutive weeks in the top 10 box office list.

Using that criteria the nominees for Popular Film would be: Black Panther, Bohemian Rhapsody, and A Star is Born. Best (Artistic?) Film would be: BlacKKKlansman, The Favourite, Green Book, Roma, and Vice. In my fantasy world that means there would be two slots left to fill in the Popular Film category. One would certainly be Crazy Rich Asians. I’m going to give the fifth slot to Mary Poppins Returns although there are three animated choices in Incredibles 2, Ralph Breaks the Internet and Spider-Man: Into the Spider-Verse.

Let’s look at those lists again:

A Star is Born

I really hope the Academy reconsiders the idea of the Popular Film category. I think if a movie can get enough people to leave their house to go see it in a theatre to the tune of over $100M that is not a flaw. I continue to think that Popular and Best are not mutually exclusive but if the Academy voters need some help then two categories would be great.