My first steps to becoming the wine snob I am today took place in the late 1970’s. In what is a common theme to the genesis of my many obsessions; I did it to impress women. Since I was a college man at this time myself and a couple of other classmates decided we should educate ourselves on wine. There was no organized wine courses back then. Instead we learned one glass at a time from the bartender at the new wine bar in the very upscale mall which had just opened near campus. It was called “The Vines” and it served wine by the glass. This was an oddity at that time. Paul who was manager/bartender/sommelier and anything else which needed doing took pity on the three uninformed waifs who landed on his bar stools. Over the next two years on a near-weekly basis class was in session as we would sit down and drink wine for the next couple of hours. There were so many things I learned but the one lesson which stays with me very strongly nearly forty years later was this one. Great wine does not only come from France and Italy. Back then California wines were still looked down upon. Paul would have none of that. He told us to follow your palate don’t let the country on the label sway your opinion. Let the what is in the bottle do the talking. This has been valuable advice which has served me well in fragrance as well as wine. 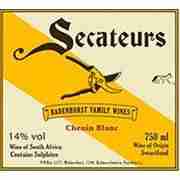 One of the things Paul delighted in doing was giving us two glasses of the same grape varietal. One would be French or Italian. The other would not. He would ask us to tell him which one we liked better. I was always surprised to find that wines from Spain, Australia, California, and South Africa were as good, or better. They all cost significantly less. With the exception of California which has now joined France and Italy as the third premier wine producing region the other countries still produce fantastic wines you can buy for less than $20. 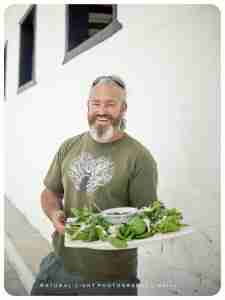 It has taken nearly twenty years for the post-apartheid South Africa to start significantly exporting wine again. It makes South African wines relative newcomers to American wine shops but these are wineries with more history than many of the California ones. Many of the current crop of South African winemakers remind me of the brash young mavericks who would eventually put California wines on the map. The one who most reminds me of this is Adi Badenhorst.

Adi grew up on a farm in South Africa called Groot Constantia where his grandfather was farm manager. Adi would steal grapes from the vineyard as a child. When he wanted to start his own winery he knew where he wanted it to be. Since 2006 he has been producing wine from the Swartland of South Africa.

The most planted grape varietal in South Africa is Chenin Blanc, also called Steen. Chenin Blanc is the grape behind the great French Vouvray wines. As part of Adi’s second label called Secateurs he is producing one of the great chenin blancs in the entire world. The AA Badenhorst Secateurs Chenin Blanc has had one of the greatest runs of quality from the 2012 through the 2014 vintage. All of these bottles can be found for less than $20, usually around $14-16, a bottle. Considering Vouvray is often four or five times that price you see the value here.

These Chenin Blancs are the perfect accompaniment to the chilled seafood which often makes up the summer menus on the beach. Shrimp, oysters, cracked crab, poached salmon, or a tuna steak; it goes with all of them. The reason is the acidity that Chenin Blanc carries naturally. What makes the Secateurs so brilliant is Adi ages his wine in huge concrete vats called kuipe. This adds even more mineral oomph to these wines than comes from aging in wood or steel.

I just had the 2014 vintage and it is the perfect break from Sauvignon Blanc or Pinot Grigio. The crisp pear flavors and melon sweetness round off to a slightly sweeter buttery finish all with that mineral foundation adding strength and depth.

As I was sipping this a couple weeks ago my mind wandered back to Paul and his kindness in taking us under his wing. I think he would have loved sharing A.A. Badenhorst Secateurs Chenin Blanc with us.