I received an e-mail from a reader after the end of year “Best of” lists. I had asserted that 2019 was the best year for independent perfumery ever. The condensed reader’s response was that the great perfume brands no longer care about being good. My instinctual response was to think, “Nonsense!” Then I tried to reply without using one word. It was then I realized without having explicitly thought about it; I agreed with the reader. It has been circulating in my thoughts for the last month. I thought it was time to put it out there. 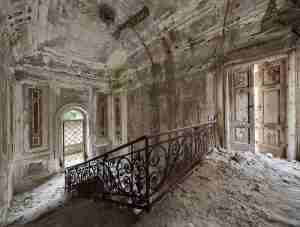 When I first started reading the perfume groups and blogs, around 2002, I was introduced to the great perfume brands. This was paired with the beginnings of a vital independent perfume community forming. Because I was in that rapid learning and acquisition phase I was getting bottles from what were the perfume brands which helped found modern perfumery. They have been called Les Grandes Maisons de Parfum; The Great Perfume Houses. Chanel, Guerlain, Dior, Yves St. Laurent, and Creed were the old guard. Hermes, Gucci, Prada, and Acqua di Parma were the second-generation. The early independent upstarts were building their own modern architecture as Tom Ford, Serge Lutens, Comme des Garcons, and Editions de Parfums Frederic Malle added some new blood. These were the crème de la crème of perfume brands throughout the first decade of the 2000’s.

There are thirteen brands in that last paragraph. Only Chanel of the old guard seems to still care about being innovative. Olivier Polge has taken the brand into the current day without losing that Chanel-ness. Dior has become a running joke as focus groups rule the day. Guerlain has become a massive machine pumping out overwhelming amounts of mediocrity. They released 25 perfumes in 2019. Embruns D’Ylang was a perfume worthy of the heritage. The rest? Flankers and functional fragrance packaged in beautiful bee bottles. YSL has been in decline for years. They’ve tried with Le Vestiaire des Parfums most recently, but they mostly remind me of what they used to be. Creed has seemingly been swept away with trying to replicate the success of Aventus; releasing two flankers and another attempt to capture the same popularity with Viking.

The second-generation brands fare only a little better. Hermes is doing well under Christine Nagel. Gucci is showing signs of life under creative director Alessandro Michele. Prada and Acqua di Parma seem to have become content to circle in endless holding patterns recycling the ideas of the past.

Comme des Garcons and Editions de Parfums Frederic Malle have shown the way on how to consistently re-invent yourself. Tom Ford and Serge Lutens are starting to fall into parodies of themselves. Tom Ford used to provoke with the perfume now it is the name which seemingly captures all the creativity; in a juvenile way. Serge Lutens lost the plot when they began pumping out the ridiculous Eaus. Now they are so bereft of new ideas they just cannibalize the past making Frankenstein-like perfumes made up of pieces of the earlier great perfumes.

Is independent perfumery having its moment because the original innovators have given up? Once I was forced to think about it the answer seems to be “Yes!”

4 thoughts on “The Decline of Les Grandes Maisons de Parfum”