When writing this series many of the perfumes I will write about are small batch rarities by our best perfumers. The subject of this one is rare because most of it was removed from circulation due to a corporate takeover. Back in 2003 the home fragrance company Slatkin & Co. wanted to branch out into fine fragrance and beauty products. The original three releases in their foray into the world of perfume were simply named Mimosa, Muguet, and Absinthe. Perfumer Christian Truc was responsible for Muguet and Christophe Laudamiel would create the remaining two. These fragrances barely had any time to find an audience because Slatkin & Co. were acquired by the parent company of Bath and Body Works in 2005. The brand was acquired because of the home fragrance products and these perfumes were just an aberration. With no place for them to go they pretty much just disappeared after less than two years on the market. 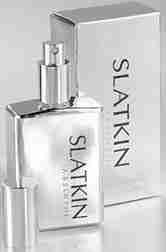 I wish I could say I was smart enough to have discovered them back when they were released but that wouldn’t be true. I didn’t become acquainted with Slatkin Absinthe until my Editor-in-chief at CaFleureBon, Michelyn Camen, gifted me a large decant of it. What I have is one of the most treasured fragrances in my entire collection. M. Laudamiel was coming off a year when he had been part of the team behind two very recognizable fragrances, Abercrombie & Fitch Fierce and Ralph Lauren Polo Blue. The two briefs for Slatkin were his first opportunity to fly solo as a perfumer. 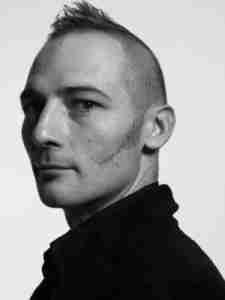 What he created in Absinthe is not a literal interpretation of the wormwood flavored liquor. Instead it is a night at the Moulin Rouge complete with the bohemians of the time looking for The Green Fairy to inspire them.

Absinthe opens with the anise-flavored liquor on top. M. Laudamiel squeezes a fresh lime along with the tamarine citrus base and a sprig of mint. This is an exhilarating sinus clearing opening. It is like sipping from your glass of absinthe as you look up to take in the surroundings. The smell of the rose powder of the dancing girls, the slightly urinous character of honey, the sticky green quality of blackcurrant buds all form a heady accord of carnality to go with the absinthe. The base is a woody patchouli and M. Laudamiel made some interesting choices for his woods as there is cherry tree bark, candlewood, cashmere woods, maplewood and oakmoss. This woods accord with the patchouli makes up one of the more striking woody bases of any perfume I own. It is an early sign of M. Laudamiel’s intention to use more of the ingredients of his perfumer’s organ.

Absinthe has 12-14 hour longevity and above average sillage.

I was already a fan of M. Laudamiel by the time I smelled Absinthe. It confirmed his incredible talents were present from his first moments as a perfumer. It is sad that the meager stock at the time of the acquisition was placed on discount shelves and that was it. Bottles show up very rarely on the auction sites. I have an alert for it and I would say on average two or three bottles will be available over the course of a year. Because it is such an oddity the prices are not worse than any new perfume you might purchase. I can say that if I was ever forced to pare down my voluminous collection to something much smaller there is no version which wouldn’t include Slatkin Absinthe.

Disclosure: This review is based on a decant which I received as a gift.