If I asked you to do a quick word association game and I said Christmas Music there are a number of responses I would expect. Bing Crosby and White Christmas, Elvis Presley and Blue Christmas, Eartha Kitt and Santa Baby among many. Each of those songs are as known for the artist behind them as the song. Another response I would likely get is Charlie Brown Christmas. If I asked who was the musician I bet that not many could name the man behind music which has become so entwined with the Holiday season. It wasn’t until I was an adult at a friend’s house and he was playing a song called “Cast your Fate to the Wind” that I discovered the answer myself. Like the Peanuts music it immediately captured my attention. I asked my friend who the musician was and he replied, Y’know the Peanuts guy, Vince Guaraldi.” I didn’t know but I quickly learned. 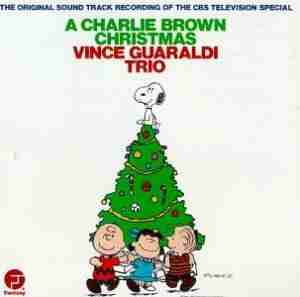 Back in 1965 when the producer of the Charlie Brown animated specials, Lee Mendelson, heard the same song he called Mr. Guaraldi to score “A Charlie Brown Christmas”. The Vince Guaraldi Trio with Mr. Guaraldi on piano, Fred Marshall on bass, and Jerry Granelli on drums would record the soundtrack. In a vacuum without seeing them accompanying the antics of the Peanuts gang as they discover the meaning of Christmas these are beautiful jazz compositions that more than stand on their own. Combine them with one of the most beloved cartoons of all time and it transcends itself. The song which plays in “A Charlie Brown Christmas” when all of the gang is dancing is called “Linus and Lucy”. It has no obvious Christmas tone except for the visual which goes along with it but there is nobody who doesn’t immediately think Christmas when they hear it. 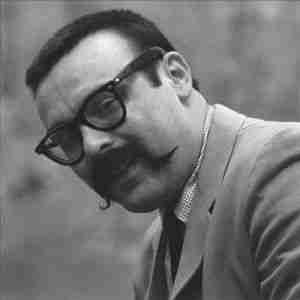 The music of Mr. Guaraldi is probably some of the most widely heard jazz music ever. Think about that. Mr. Guaraldi has very likely been heard by more people than those that are easily seen as jazz greats. I think Mr. Guaraldi is extremely underrated when it comes to discussions about those jazz greats. He didn’t sell out to do this music he stayed true to his jazz roots. Listen to his later compositions for the less well-known Peanuts specials and they all have his indelible style but if you didn’t know they were the score for a cartoon you would just appreciate them for the music on its own terms.

Another reason for Mr. Guaraldi not receiving the accolades I believe are due him is he passed away at the age of 47 in 1976. Coincidentally he had just finished his score for “It’s Arbor Day, Charlie Brown” in the afternoon. That evening he would be struck by a heart attack and die.

As you listen to your Holiday music this year when the music of A Charlie Brown Christmas plays give a thought to the man who made that music. He deserves to be as well-known as Bing, Elvis, or Eartha.