Tom Ford Private Blend new release names are starting to feel like challenges. The last one, Fucking Fabulous, led me to ask; “is it?” Now there are two more additions to the Tom Ford Private Blend collection what are going to beg the same question; Oud Wood Intense and Tobacco Oud Intense.

Intense is another of those names which often seems to mean more concentrated. When that is what it translates to in the bottle it isn’t that interesting. I was particularly concerned about a perfume called Oud Wood Intense. If there is a masterpiece in the Private Blend collection Oud Wood is in the running for that accolade. To go back and alter that was worrisome. Tobacco Oud Intense was less of a concern because I could see less destructive ways to make that intense. It helps that the original perfumers were involved in both. Richard Herpin returns for Oud Wood Intense while Olivier Gillotin gets an assist from Yann Vasnier on Tobacco Oud Intense. What both have produced are perfumes which are more like second cousins of each other there are some common blood lines but both are distinct from the other perfume they share a name with. 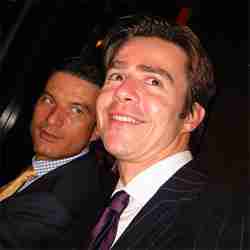 It doesn’t take any time at all to see the difference in Oud Wood Intense as the entire top accord is re-orchestrated. M. Herpin combines ginger, nutmeg and angelica root on top of the blond wood of cypress. There are faint echoes of the Szechuan pepper and cardamom opening of the original but this group of ingredients does create a top accord with more presence. M Herpin brings the oud to the forefront out of that top accord. He captures the rougher edges of oud by using sage, juniper berry, vetiver, and oakmoss. This is meant to make an oud accord which shows off some of the more difficult parts of oud. The base doesn’t let up as a huge slug of castoreum really doubles down on that. This creates an accord full of animalic depth which is probably not going to be to everyone’s taste. A clean woody base of sandalwood and patchouli finish this. Oud Wood Intense is that country cousin to the refined city cousin of Oud Wood. M. Herpin decided to let the deeper tones of oud free to make Oud Wood Intense.

Oud Wood Intense has 16-18 hour longevity and above average sillage. 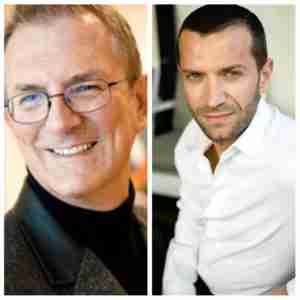 Tobacco Oud Intense becomes the city cousin in this pair to the country cousin of Tobacco Oud. For Tobacco Oud Intense the perfumers work together to turn down the smoke while adding in gourmand aspects. The first of those is the near-signature Tom Ford addition of raspberry as the companion for coriander instead of the herbs of the original. Some Givaudan Orpur Olibanum sets the stage for the title notes. The purity of this Orpur version adds a level of refinement to the setting for the tobacco and oud to rise. As they do, this time they don’t smolder instead they become entwined with toasty tonka giving an entirely different style of heart accord from the original. Labdanum and patchouli provide the finishing touch for Tobacco Oud Intense.

I am gratified to find both perfumes to not be more of the same but kissing cousins instead.

Disclosure: This review is based on press samples provided by Tom Ford Beauty.