Since 2008 the series of flankers in the Thierry Mugler A*Men Pure series have shown one important thing. The basic foundation created by perfumer Jacques Huclier in 1996 with the original A*Men is tremendously versatile. Over the past nine years the eleven previous releases have showcased this characteristic as M. Huclier has grafted almost every kind of note on to his original.

Two of the more interesting entries in the series was 2013’s A*Men Pure Energy and 2015’s A*Men Ultra Zest. Pure Energy used mint, white pepper, and cardamom as the variants. Ultra Zest used a mélange of orange citrus sources with ginger, mint, and black pepper. On paper, I would have suggested these were going to be a bridge too far for this series. Both fragrances showed fresher accords worked with the A*Men DNA. Even with that success my ambivalence towards mint had me approaching the new A*Men Kryptomint with some trepidation.

My reason for having issues with mint is too often it reminds me of mouthwash or toothpaste. In my mind, it is so tightly bound with those kind of products it takes something different to make me leave that behind. Kryptomint succeeds for most of the time but there is one rocky transition for me which calls up the things I dislike about mint perfumes. 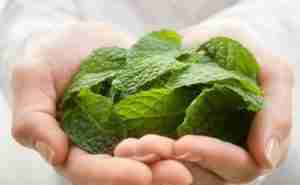 Kryptomint opens with peppermint out in front. It is joined by a beautifully selected geranium. The geranium has the effect of making the mint more mentholated and herbal. This is that sense of when I eat a peppermint candy and the effect goes from my tongue through to my sinuses. It is how the first phase of the development of Kryptomint goes and I was delighted. Then to match up to the sweet A*Men base the geranium recedes the herbal quality disappears and out pops that dental product mint. This is my problem and for those who don’t have my issues the transition is nicely executed it is just something I personally don’t care for. The A*Men base here is mostly the patchouli and tonka portions which is the right choice because Kryptomint recovers quite a bit as those notes become more prominent.

I mentioned the two other fresher flankers of A*Men above if you’re looking for something to compare Kryptomint to it is closer in style to Pure Energy. Kryptomint is another well-done flanker in this series and if you like mint in your perfume it might be a favorite for you. If like me mint is your kryptonite you might want to sample first.

Disclosure: This review was based on a press sample provided by Thierry Mugler.