One of the things I miss that our digital world has obliterated was my weekly visit to the bookstore. For most of my life there was always a part of my week where I spent some time in a bookstore. The people who worked there became familiar with me and I them. Which lead to recommendations of new books I might like. I always felt pretty clued into what was new in those days. 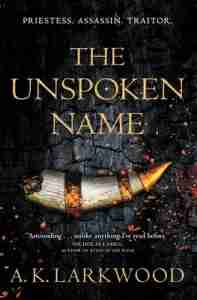 As I was looking at the various Best of 2020 lists for books, I came to realize how out of touch I am now. More than any other thing I enjoy I don’t have much of a clue what’s new. Which means those year-end lists have turned into reading lists. One which sounded interesting to me because it was described as steampunk and fantasy was “The Unspoken Name” by A.K. Larkwood. As I would read it, I came to realize something I had never thought of in epic fantasy. 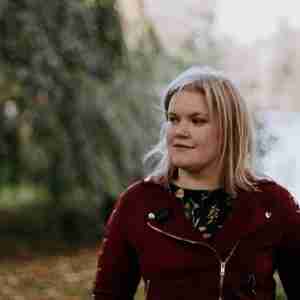 Ms. Larkwood begins her book with a maiden of an orc-like race named Csorwe. She has lived her life to eventually ascend to becoming a sacrifice for her people’s god. On the day she is about to do this a wizard shows up and offers her life in exchange for serving him. She decides to forsake her duty and leaves with him. He trains her to become his assassin. On one of their missions they run into a young magic user Shuthmili. It is at this point the story takes off.

As I was reading, I was expecting the classic trope of wizard and apprentice on a quest. Which is a good trope I have happily read in the past. The reason the story takes off when Shuthmili arrives on the scene is that she and Csorwe begin to fall in love. Which is when everything that lays before them now has emotional stakes. Before this everyone was trying to “save the world” but the characters were just the implements to do that. Once Csorwe and Shuthmili connect it is what gives every subsequent decision something to lose more precious than “the world”. It is also seemingly where Ms. Larkwood is the most comfortable chronicling.

The early parts of the book moves along but it was a bit perfunctory. Introducing the rules of the setting and so on. Once it moves past that it becomes something more engaging. As the plights of one of our heroines deepened, I was flipping pages to make sure they were going to be all right.

Which turned a light bulb on in my head. The best epic fantasy has a love story at its core. There are always two characters who will live for the other. Once this was in place in this book, I was all in on seeing it out. I look forward to where Ms. Larkwood is taking these characters.

Disclosure: this review is based on a copy I borrowed from the library.