One of my very favorite recent new perfume lines is Arquiste. In 2011 there were six debut releases and one year later a seventh was added. What I like so much about Arquiste is it is a tight knit team behind all of the fragrances. It starts with owner and Creative Director Carlos Huber who has taken his training as an architectural historian and restorer and applied that to the world of fragrance. So far for all of the Arquiste line he has exclusively used two perfumers, Rodrigo Flores-Roux and Yann Vasnier, separately or in tandem. Arquiste is an example of passionate creativity and friendship leading to a collection which is excellent from top to bottom. Because of this admiration I was really looking forward to seeing Sr. Huber at Esxence because I was hoping for something new after over a year. I wasn’t disappointed as he presented two new fragrances, L’Etrog Acqua and The Architects Club. 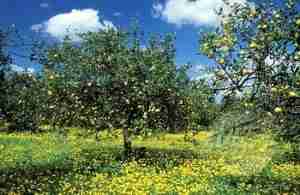 L’Etrog Acqua is a continuation of the story begun by one of the original six, L’Etrog and how it came to be is a funny story. Sr. Huber was visiting with Sr. Flores-Roux and as he got near he realized he sort of smelled L’Etrog but it was different. When he asked about it, Sr. Flores-Roux said he wanted a more “summer” version and so he ditched most of the notes in the heart and base and what was left was a very Mediterranean cologne. Sr. Huber agreed and now we can all enjoy the summer version of L’Etrog.

L’Etrog Acqua has exactly the same opening notes as in L’Etrog but they are more pronounced without as much underneath to start pushing them to the side. For almost the entire time I wore L’Etrog Acqua these were the notes which were on display; cedrat, lemon, mandarin, petitgrain, and myrtle. With the original those would give way to an intense dried fruit accord down to the vetiver, orris and patchouli base. All of that is gone and all that remains in L’Etrog Acqua is cedar, vetiver, and labdanum. Without the darker contrasts the top notes get to frolic more freely and the base notes really just sort of join in. For a straightforward citrus fragrance L’Etrog Acqua kept going strong for over 8 hours. Sr. Flores-Roux does capture the flip side to L'Etrog, a summer morning in an Italian citrus orchard. I know this will be worn a lot this summer by me. 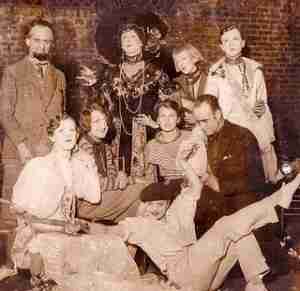 The Architects Club is a more typical Arquiste fragrance complete with appropriate scene setting by Sr. Huber. All of the fragrances have a time and place assigned to them as a brief. For The Architects Club it is Dusk, March, 1930, Mayfair, London inside an Art Deco smoking room. A group of architects settle into the warm interior of dark woods, leather, and velvet. A group of London’s bright young things burst in to the room frosted martinis in hand, surrounded by a cloud of laughter, white smoke, and fine vanilla.

I love the whole Lost Generation era and I was excited to see what M. Vasnier came up with as a perfume to match the described tableau. What he did was make a group of architects’ notes; woods, vetiver, amber, and spices. A group of notes representing the flappers; citrus, gin, and vanilla. Let them crash together and watch the interaction. This turns out to have all of the attributes of an impromptu party in fragrant form.

The Architects Club starts with the spice and woods of the boys out in front and then very quickly the gin and citrus energy of the girls destroy the serenity. M. Vasnier has produced as quickly a developing first few moments of perfume that I have encountered in recent memory. When Sr. Huber gave me the strip after hearing the brief I immediately got the men’s club vibe and just as I was about to say, “nice”, the ladies had started a party on my mouillette. Wearing this for a couple of days this animated opening is even more appealing on my skin. Once everyone is in the midst of having a good time the gin accord and the spices really dominate the early going and they are also having a good time getting to know each other. As this party rages on the vetiver and vanilla make sure the shank of the evening still holds some interest. I can’t remember when an opening of a fragrance has made me say “wow” as much as The Architects Club did. The rest of the fragrance is also very good but there is a wonderful rush I get from the first few moments of this one each time I’ve worn it and it is intoxicating. The Architects Club has all-day longevity and modest sillage as it is at 25% perfume extract concentration. There may be a party going on but only those you let close will know about it.

I’ll be wearing both of these for the next few months but once fall comes The Architects Club party will continue to play on because, as you know, nothing stops a great show.

L'Etrog Acqua will be available in June and The Architects Club will be released in the fall wherever you find Arquiste for sale.

Disclosure: This review was based on press samples provided by Arquiste at Esxence 2014.