Yes, I’ve already seen Guardians of the Galaxy Vol. 2. No, this is not the time I will talk about the movie itself, check back next week for that. As one who grew up during the time period of the music which is featured in the Guardians of the Galaxy movies I walk away thinking of other songs from the era. Three years ago, when the original movie came out I came out with my own version of Awesome Mix Vol. 1. I thought I’d do it again for Vol. 2 so here is Colognoisseur Awesome Mix Vol. 2.

Le Freak-Chic: As disco became the dominant pop music form of the 1970’s one critique was so much of it was disposable. Forty years on it is easy to pick out the true gems. Le Freak was the biggest hit for the band founded by Nile Rodgers, Bernard Edwards, and Tony Thompson. It combines everything into a song which makes you wanna dance.

Tonight’s the Night- Rod Stewart: The prototypical double entendre laden ballad about making love endemic to the 1970’s. Rod the Mod’s bedroom eyes and raspy vocals had lots of women imagining him singing it to them.

I’ll Be There- The Jackson 5: This is my favorite Jackson 5 song it came off their third album and was the fourth in a string of Number One hits starting with “I Want You Back”. In many ways, the lyrics will come to represent the brothers as the future begins to splinter the family and their popularity wanes as Michael goes off on his own.

Don’t Fear The Reaper- Blue Oyster Cult: This song is an example of how one song can make a band’s reputation. As rock music was getting more and more symphonic Blue Oyster Cult tried to bring it back to the garage from the concert hall. Don’t Fear the Reaper has throwback 60’s guitar lines over a fabulously intense middle section. 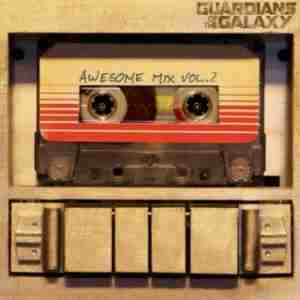 Train In Vain- The Clash: The Clash were the contemporaries to The Sex Pistols as the leading edge of Punk Rock. By the time the double album “London Calling” came out everyone discovered there was a song there that wasn’t on the listing. There were rumors that the band didn’t want it there and the label added it behind their back. The reason for the conspiracy theory is Train in Vain was easily the most accessible song The Clash had released. A radio friendly version of punk rock. It is that, it is also a damn fine song all on its own.

The Bitch Is Back- Elton John: I have always been a big fan of Elton John from the beginning to now. After the monster success of “Goodbye Yellow Brick Road” everyone was waiting for the next new album. When “Caribou” was released “The Bitch is Back” was the first track which lead with primary guitar line over Elton’s piano playing. A hard-biting reminder that there was still some bitch in the artist even after the success.

Shake It Up- The Cars: Ric Ocasek is exhibit A that you don’t need to be good looking to be a rock star. The Cars had been on a steady roll but “Shake It Up” would be the song which propelled them to the top of the pop music world. As New Wave trended towards dance “Shake It Up” would lead the way.

Planet Claire- The B-52’s: The kitschy band known for “Rock Lobster” also has this silly song about driving a Plymouth Satellite faster than the speed of light to a pink air Planet Claire. Fun and funny the Guardians need to visit Planet Claire.

Life During Wartime- Talking Heads: This song showed the direction one of the original New Wave bands would take as they fused punk sensibilities with funk. With lyrics which told everyone; “This ain’t no disco” it still could make you dance.

If you’re in the mood for more music after seeing Guardians of the Galaxy Vol. 2 add these to your playlist.