Just before Valentine’s Day a set of recommendations were presented to the European Union (EU) by the Scientific Committee on Consumer Safety (SCCS) to ban or restrict 23 fragrance raw materials. A few days after that I wrote an editorial about the lack of scientific rigor that was applied to that decision and asked for a real scientific clinical study with appropriate controls to be performed to truly determine the real potential of these materials to produce an allergic effect. About a week after that editorial I was pointed to a website called IDEA (International Dialogue for the Evaluation of Allergens) and once I spent some time reading what was there much of my concern for the future of raw materials has been alleviated.

IDEA was formed in May of 2013 and has had four separate workshops since then about how to classify, test, and unequivocally determine which materials are allergens. Their Annual Report (click here to read it) was released a week after the SCCS made their recommendation to the EU. While the SCCS recommendations caused a lot of people, I included, to exercise our best Chicken Little impressions. After spending the last couple days reading the IDEA Annual Report I am no longer worried.

IDEA has representation from every stakeholder in this; IFRA, SCCS, EU, the big perfume firms, the big perfume producers, and particularly important dermatologists and clinicians. They have been spending this first year doing workshops with participation from all involved and they are evolving an action plan which will once and for all determine in a scientific and statistically sound manner whether any specific material is an allergen. This is what any of us who have looked at this data from a scientific point of view have asked for and it is now happening. 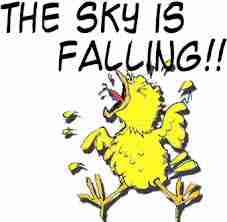 I also spoke with a few of my contacts within the industry and they all seem to think that if the EU takes any action at all in May, when the 90-Day comment period is up, it will be increased labelling. Something which alerts a consumer to the presence of a potential allergen without making it seem like the Surgeon General’s warning on a pack of cigarettes.

A month after I was busy running around yelling “The Sky is Falling!” it looks like the solutions are all in place to make sure that only the best scientific data will eventually determine which raw materials will be banned or restricted and that is the best outcome I could have asked for. Which leaves perfumery, like Mark Twain, to say, “The reports of my death have been greatly exaggerated.”

I was wanting to wait a little bit longer before tackling this subject but recent events have forced me to comment a little sooner than I expected. Last Thursday February 13, 2014 the European Union (EU) has announced a three-month period of consultation on fragrance allergens. The regulations under review are recommendations by the Scientific Committee on Consumer Safety (SCCS) to ban three substances from being used in perfume; two of the molecules found in oak moss and tree moss, and a lily-of-the-valley chemical called Lyral. There are an additional 12 molecules and 8 naturals which would be severely restricted in concentration and require labelling on the perfume it was contained in. The reasoning behind the SCCS’ recommendation is these are allergens and removing them from fragrance is in the interest of public health. As a scientist who works on the pharmaceutical side of things I’ve watched this debate and have been amazed at many aspects of it.

The data used to determine the allergen potential of these molecules is scientifically and statistically unsound. Many of the studies used to determine these molecules as skin irritants lacked the necessary statistical and scientific structure to come to the conclusions they have reached. The studies conducted on the three banned molecules that have been published were done with small groups of patients with no control. When I am developing a topical drug formulation I would have to have multiple groups of 30 patients treated with the drug in varying concentrations in one place on each patient as well as what we call a control patch of skin on the same patient. You usually use a negative control you expect to cause no effect, like water, and a positive control that you do expect to cause an irritation. These are used to calibrate the skin of the patient being tested. If the patient shows a reaction to the negative control, which remember is just water, any other result would have to be thrown out because the patient has responded to only water. This is called a placebo effect and it occurs in 15-20% of patients. For a molecule to have a statistically relevant response it would have to have a response rate 20% greater than the placebo effect. The studies these bans and restrictions have been based on were performed one time at one concentration on 25 patients with no controls, positive or negative! This is what makes me shake my head as this is not good scientific practice and the conclusions made are very preliminary and possibly incorrect.

An even bigger flaw is the idea that it’s really only 23 molecules, so what? If these single molecules are restricted and banned it will have a ripple effect throughout many more raw materials. A natural oil is not a single molecule it is a combination of as many as hundreds of individual molecules. Any one of which could be identified as one of the “bad 23” which would then make that natural oil unusable as well. In Denyse Beaulieu’s blog Grain de Musc, The Different Company CEO and Creative Director Luc Gabriel expands on this thought as he worries at the impact of these changes on the industry. 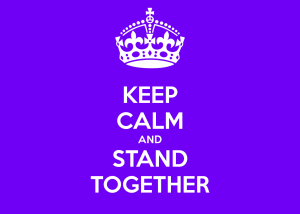 All of this is complicated by the fact that there is no unified response. According to some sources LVMH and Chanel are extremely concerned. Other brands like Coty and L’Oreal seemingly stand on the sidelines. The Fragrance Foundation has stayed away from this debate with a ten-foot pole. Some of the raw material houses like Robertet have tried to get their lavender fields and products protected under French heritage law.

Until last Thursday this mix of concern and apathy was the norm now a 90-day clock has been turned on. Let me offer a solution to propose to the EU. Let LVMH, Chanel, and any other company that wants to participate, fund a full-blown study of these 23 substances under the highest scientific and statistical standards. Multiple controls, multiple concentrations, multiple patient groups spanning different ethnicities. In other words prove that these molecules are as “bad” as they are reported to be. This is a study that could easily be performed in 12-18 months to add a level of scientific rigor sadly lacking in the process so far.

If you also want to read more about this let me point you to this excellent post on the blog Kafkaesque where she has been diligently reporting on this issue for the past year.

The time to offer solutions is now and the time for discussion has been forced upon us by the EU. Together the industry and those of us who love perfume need to stand up and be heard or we will pay a price I think none of us wants to pay.