Ever since I regularly started receiving samples from Sephora I have been pleasantly surprised at the quality of what I find. There has been a great trend over the last few years of entry level perfume brands using some of the best perfumers. Most of those seem to end up in the fragrance section at Sephora. I think it is great that the style of these artists can be found in any mall. It also makes it fun when I get a new line and immediately think I recognize something. After the perfume has made itself known when I go do my research, I have an “a-ha” moment. This just happened with By Rosie Jane Lake. 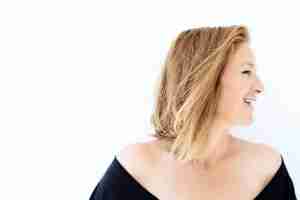 By Rosie Jane was begun in 2010 by Rosie Jane Johnston and has slowly expanded its fragrance collection. In the past year and a half Ms. Johnston has begun to position her eco-friendly line with broader distribution. I must admit when I opened my latest envelope a perfume titled Lake seemed to be off by a season, or two. When I read the text to go with it, I was mistaken. 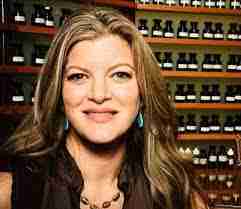 Lake is inspired by an autumn hike around Lake Tahoe in California. This is the essence of west coast fall; there aren’t the changing of colors. Just the chill of the air as you walk through forests of pines. This is the kind of perfume Lake is trying to be. When I tried my sample, I was immediately struck by how well-blended it was for a brand that advertises itself as green. If there is a drawback to that description it is many of those fragrances fail at finding a balance in the perfume. It is what makes the best independent natural perfumers so adored by me. They know how to be green and relevant. As I kept sniffing Lake, I was thinking this smells like one of those. Once I went to find out who the perfumer was. I smiled. That was because Sarah Horowitz-Thran was grinning back at me from my sample. Ms. Horowitz-Thran is one of those indie natural perfumers I was speaking of. To find her behind Lake was a happy surprise.

Lake is a simple breath of fresh air along the slopes of Tahoe. It starts with the chill of autumn air as lime fills the nose, and lungs. A fantastically subtle pine comes next. This is not a Christmas tree pine. This is that scent as the wind blows through the evergreens. It gets woodier and sweeter as sandalwood and vanilla provided the final ingredients. When it all snaps together it is like standing in the Rockies on a fall day.

Nothing makes me happier than to know my favorite perfumers are finding a wider audience. With Lake Ms. Horowitz-Thran’s version of Tahoe autumn will make some new fans.

One of the best things about the biannual event put on by Karen Dubin and Karen Adams (aka The Karens) called Sniffapalooza is the bringing together of fragrance fans from all over the world. Through the course of the weekend event there are three meals where you share a table with, usually, somebody you haven’t met before. I have had the pleasure of having the beginnings of many of my favorite, and long lasting, fragrant relationships begin at Sniffapalooza. It seems like almost everything has sprung up from these gatherings except fragrance. That has all changed with the release of Bellegance Midnight Promise. 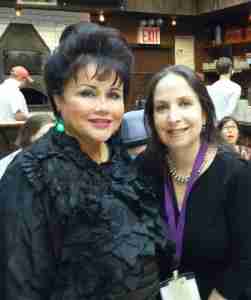 At Sniffapalooza husband and wife Gordon & Carmen Schaye began talking with Ms. Dubin and from those discussions they decided they wanted to make a fragrance. Ms. Schaye wanted to create a team of talented women to make a fragrance to celebrate women. Ms. Dubin asked perfumer Sarah Horowitz-Thran to join and to complete the Fantastic Four of Bellegance, Ping Li would design the flacon. During the process of designing Midnight Promise they would return to Sniffapalooza and ask the group to pick their favorite from a number of preliminary mods. In October of 2013 the process was finished and Bellegance Midnight Promise was premiered at Sniffapalooza to bring things full circle. While this isn’t exactly an example of crowdsourcing Midnight Promise feels like it has had a lot of midwives on its way to the perfume counter. 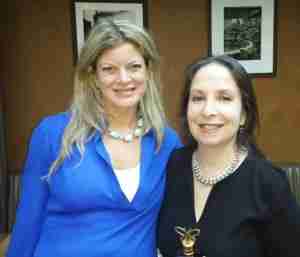 Ms. Horowitz-Thran starts Midnight Promise with a wonderfully chosen duo of mandarin coated in cinnamon. Cinnamon has a sweet spiciness which is complemented by the sweeter citrus of the mandarin. Ms. Horowitz finds a nice balance and, as top notes go, Midnight Promise holds that chord a little longer than most fragrances. A rose damascene holds the heart and it picks up the cinnamon as a running mate as the mandarin fades. Moroccan rose often has a slightly enhanced spicy character and the cinnamon enhances it. The base is a panoply of warm comforting notes as incense, sandalwood, vanilla, patchouli, and amber weave a figurative woolen scarf to pull tight around you for soft warmth.

Midnight Promise has six-eight hour longevity and above average sillage.

For those who have followed Ms. Horowitz-Thran’s previous fragrances Midnight Promise feels like a more luxurious and intimate version of her Love Comes from Within. There are significant differences but the spice/rose/warm progression is the same. If you’ve never tried Ms. Horowitz-Thran’s fragrances this is a great place to start as she has become one of the more reliable American independent perfumers.

Every Sniffapalooza holds promise in the form of finding a new fragrance or a new friend or coming up with a great idea. Bellegance Midnight Promise is the culmination of all that potential into a great new perfume.

Disclosure: This review was based on a sample provided by Bellegance Perfumes.