What if I told you there was a perfume brand which had some of the greatest perfumers designing fragrances for them. What if I further told you that brand would also be considered a Discount Diamond as the entire line can be had for $50 or less. You would think that brand would be front and center at the local mall. Instead that brand, Roger & Gallet, can be frustratingly hard to find. It is extensively available at multiple online sellers. If you’re looking for a great value perfume purchase here are five to start with.

Roger & Gallet was founded because they were the exclusive producer for the Eau de Cologne invented by Jean Marie Farina. Now called Jean Maria Farina Extra Vieille it is perfume history in a bottle as the original eau de cologne formula of lemon, neroli and rosemary is faithfully recreated. This is as close as you get to owning the alpha perfume.

Until 1990 Jean Marie Farina Extra Vieille was the only real fragrance the brand produced. There were a couple of attempts in the !970’s and 1980’s but it wasn’t until 1990 when the fragrance arm was really expanded. In 2003 Eau de Gingembre was released by perfumer Jacques Cavallier. This is a natural follow-on to Extra Vieille as it is the cologne structure fused with the gourmand note of gingerbread. When you first smell it the neroli is very cologne-like and then the bake shop where the gingerbread is cooking comes in behind that. Ambrette seeds provide a very light botanical musk to finish it. This is one of those early gourmand experiments which works on every level. 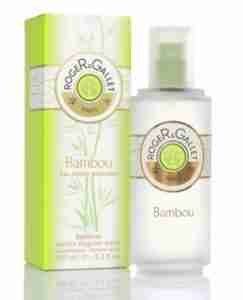 Bambou was released in 2007 by perfumer Alberto Morillas. It is also another one which builds upon the cologne ancestry of the brand. M. Morillas works a different set of ingredients as grapefruit segues into the green damp woodiness of the bamboo accord before turning more aggressively green with vetiver in the base. Bambou is a fresh woody perfume ideal for warmer days.

My favorite perfumes by perfumer Dominique Ropion are many of his more intense compositions. Which was why I was shocked to find out he was responsible for 2009’s Bois D’Orange. M. Ropion fashions a cheery voluptuous citrus fragrance. It is very reminiscent of the smell of the orange orchard as it captures the fruit the leaves and the trees. A fun perfume from a perfumer who is not necessarily thought of that way.

The most recent release is 2013’s Fleur de Figuier by perfumer Francis Kurkdjian. M. Kurkdjian wanted to also capture the entire fruit tree experience. This time it was fig. One of the reasons I enjoy this perfume so much is he uses caraway instead of bergamot with his citrus in the top notes. I have long thought caraway could be a great substitute for bergamot. In Fleur de Figuier it shows how good it can be as a replacement. This leads to a fig accord of the still-ripening fruit on the tree amidst the leaves. M. Kurkdjian in fact lets the fig leaves dominate for much of the middle part of the development enhancing the green of the unripened fig. This gives way to a creamy woody effect as cedar stands in for the trunk of the tree. I still think this is one of the best perfume bargains out there as it is some of M. Kurkdjian’s best work of the last few years at a very affordable price.

As I mentioned above these fragrances can be difficult to find but when you do these five will make the reward worth the hunt.

Disclosure: I purchased bottles of all the perfumes reviewed.

The smell of oranges is the smell of lazy summer days spent in the branches of orange trees near my home in South Florida as a boy. When done well there is almost no other smell which triggers as strong a scent memory as an orange focused fragrance. One of my five favorites is Diptyque L’Eau de Tarocco but I just included that in the recent Diptyque 101. I’ll give you five more of my favorite orange perfumes.

Probably the very first orange fragrance which triggered this atavistic memory was Hermes Eau D’Orange Verte. It wasn’t the perfume but the bath product which I was using at a luxury resort in the 1980’s. It had no label and I had to find out from the front desk the name. I bought a bottle upon my return home and it is still compelling nearly thirty years later. Perfumer Francoise Caron combines the full spectrum of orange notes on top of green muguet. It all produces an evocation of sitting among the leaves of the orange tree while peeling one open.

It would be twenty years until another orange fragrance would make a dent in my monogamous relationship with Eau D’Orange Vert. Editions de Parfums Frederic Malle Bigarade Concentree is arguably the simplest perfume in that collection. It succeeds in the same way an artist’s still life succeeds. Perfumer Jean-Claude Ellena paints in olfactory watercolors a still life of orange. It is given nuance by aldehydes, cardamom, and hay. It is the smell of a fresh ripe orange picked off the tree before cutting into it. 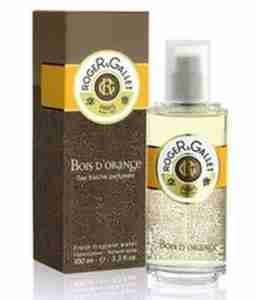 Roger & Gallet Bois D’Orange is one of my favorite bang for the buck orange fragrances as you can find 100mL bottles for less than $40. Perfumer Dominique Ropion was inspired by the gardens of Alhambra in Spain. M. Ropion takes that inspiration and provides an intense citrus accord led by the orange which is matched by an equally deep floral accord lead by jasmine and rose. There is also a prominent green underpinning to tie all of it together.

Atelier Cologne Orange Sanguine was the first one I tried when Creative Director Sylvie Ganter introduced the line to me a little over five years ago. It is a brilliant orange cologne that has the bonus of lasting a long time on my skin because of the Cologne Absolue concentration. Perfumer Ralf Schwieger evokes that moment when I would bite into an orange and the juice would flow from my mouth over my chin. Using the green floralcy of geranium on top of a sandalwood base it is near perfect. Except the new Atelier Cologne Mandarine Glaciale is now vying for my attention within the brand. The next time I do this list there might be a change here.

Thirdman Eau Nomade finishes my list and this one does not remind me of my youth. Perfumer Bruno Jovanovic uses a fabulous green cardamom in conjunction with blood orange as the nucleus of a cologne which is meant to remind one of a spice market. This is the one I keep in the refrigerator to wear on the most sweltering dog days of summer. It has become the olfactory equivalent of a cold glass of lemonade.

None of these suggestions will provide you with any vitamin C but they will all add some needed energy this summer. Give them a try if you haven’t already.