Everyone has their first. Like all firsts you never forget. It was fall of 1986 and I was in my local Macy’s men’s department shopping for work clothes. I had been in my first adult job for a couple years. I was shopping for new clothes because I felt I needed to find something more professional. I was in this mindset when I kept getting the hint of this wonderful smell. As I was flipping hangers on the rack there was a spicy scent in the air. On my way to the dressing room I noticed it was coming from a woman spraying a perfume on paper strips followed by spraying the air. As I was on my way to the register to pay, I detoured towards her. This was what I had been smelling. She offered me one of the strips. I fell down the rabbit hole. On my way to paying a bottle ended up with my new wardrobe. That perfume was what I consider to be my first “grown-up” perfume; Calvin Klein Obsession for Men.

Prior to that I mainly wore Ralph Lauren Polo but I had become tired of it; rarely reaching for the bottle on my dresser. That was a Christmas gift that even when I wasn’t tired of it, I wore mostly when going out, not daily. When I got Obsession for Men home it was what transformed me into a daily perfume wearer. It also transformed my shower as I bought the soap, too. I have worn Obsession for Men for over thirty years and I never have tired of it. Even today when I wear it, I feel as if I’ve come home. 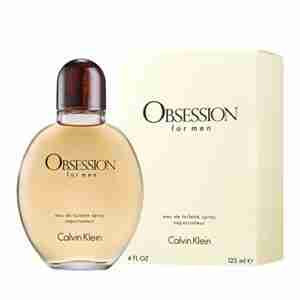 In the mid 1980’s there was a fear of making a male-marketed perfume too femme-y. That translated to floral ingredients being very limited. Lavender was one of the acceptable ones. Mr. Slattery would use the slightly herbal nature of lavender to construct a spicy heart accord around. The keynote was nutmeg which was the leader of the spice squad which consisted of clove, sage, and coriander. This was what caught my attention from across a sales floor. It is what makes me happy every time I wear it. Mr. Slattery forms a traditional Oriental base of amber, patchouli, myrrh, vetiver, and sandalwood.

Obsession for Men has 12-14 hour longevity and average sillage.

I am on the final sprays of my third bottle of Obsession for Men. I have found reformulation has not exacted a toll on it. With all classic perfumes which have lasted this long it is a Discount Diamond. I’ve picked up new bottles for less than $25. That’s a good price for one of the best masculine perfumes ever made. Of course that’s what I would say about my first.