Last year I saw the documentary Hitchcock/Truffaut. In that movie 30-year old Francois Truffaut interviewed 63-year old Alfred Hitchcock in 1962. If you love movies on the making of film it is a must-see. What stuck with me from the moment I saw the film was the response Mr. Hitchcock gave when asked by M. Truffaut on what differentiated surprise over suspense. It made me think of moviemaking differently. I was very strongly reminded of this quote after the opening 20-minutes of the season 6 finale of Game of Thrones. Here is the quote: 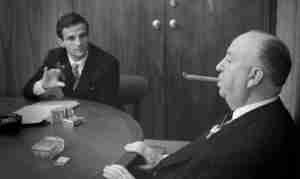 “There is a distinct difference between "suspense" and "surprise," and yet many pictures continually confuse the two. I'll explain what I mean.

We are now having a very innocent little chat. Let's suppose that there is a bomb underneath this table between us. Nothing happens, and then all of a sudden, "Boom!" There is an explosion. The public is surprised, but prior to this surprise, it has seen an absolutely ordinary scene, of no special consequence. Now, let us take a suspense situation. The bomb is underneath the table and the public knows it, probably because they have seen the anarchist place it there. The public is aware the bomb is going to explode at one o'clock and there is a clock in the decor. The public can see that it is a quarter to one. In these conditions, the same innocuous conversation becomes fascinating because the public is participating in the scene. The audience is longing to warn the characters on the screen: "You shouldn't be talking about such trivial matters. There is a bomb beneath you and it is about to explode!"

In the first case we have given the public fifteen seconds of surprise at the moment of the explosion. In the second we have provided them with fifteen minutes of suspense. The conclusion is that whenever possible the public must be informed. Except when the surprise is a twist, that is, when the unexpected ending is, in itself, the highlight of the story.”

From the moment I heard this from Mr. Hitchcock’s mouth I knew it explained my fascination with suspense on the screen. I am a gigantic fan of Quentin Tarantino and he is perhaps the modern-day “Master of Suspense”. In nearly all of his movies the audience has more information than the characters. When they enter into conflict the suspense ratchets up. 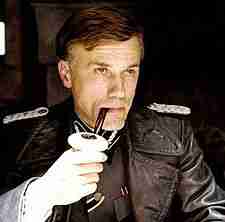 Most of Mr. Tarantino’s movies have this happen later in to the movie and I am not one to spoil the plot. Thankfully one of the best examples comes from the beginning of the 2009 movie “Inglorious Basterds”. The first 15-minutes of the film introduce us to SS officer Hans Landa, played by Christoph Waltz, as he interviews a French farmer on the whereabouts of a Jewish family who also lived nearby. The first eight-minutes or so seems like typical questioning as Herr Landa sets up his eventual end game. At the ten-minute mark the camera tracks downward through the floorboards and we see the family being discussed above hiding in abject terror. As the camera tracks back upward the scene has transformed into a long suspenseful beat as we in the audience want the family to run away before they are discovered. “Inglorious Basterds” is really a masterclass in setting up suspenseful situations which we as the audience are deeply drawn in to. There are five other set pieces leading up to the final act each of them different riffs on suspense. 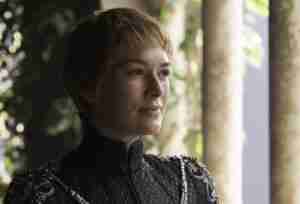 Lena Headey as Cersei Lannister in "Game of Thrones"

Suspense has always been a part of the big screen experience, it is much harder to maintain on television because of those pesky commercials. Except last week’s season six finale of Game of Thrones spent the first 20-minutes in a suspenseful set piece which might just be the best twenty minutes of this show, ever. Episode director Miguel Sapochnik shows our main players getting ready for a pivotal trial to come. We watch them dress and prepare with pleasure or dread of what is to come. One aspect of building suspense can be the music. In this particular case Ramin Djawadi uses a suite of piano, strings, organ and choir to slowly give the audience an audible clue something is amiss. As Mr. Sapochnik shoots the scene we begin to see what is happening behind the scenes of the trial. We as audience know something is wrong and then we are shown what that is. The final five minutes is that moment, again, where we as audience are yelling at the screen for them to move. Of course, they don’t.

These two scenes are fantastic examples of using suspense to introduce the villain in the case of “Inglorious Basterds” or to payoff years of watching these characters place themselves in the spots they are in when the suspense is released as in “Game of Thrones”.

As soon as I finished watching the episode I was immediately reminded of Mr. Hitchcock’s words to M. Truffaut. They will always allow me to watch movies differently, bless them for doing that.