The advent of Sport Fragrances began in 1972 with Estee Lauder Aliage Sport Fragrance and based on today’s market you might be surprised to know it was made for “active women”. It wasn’t until 1987 with the release of Boss Sport that the Sport Fragrance business started to shift to the guys. The fragrance which would start the men’s sports fragrance snowball rolling was 1993’s Polo Sport. Perfumer Harry Fremont really ran with the idea of a fragrance for an active man as he set the formula for many masculine sport fragrances to follow. Citrus on top followed by light florals made more manly with spices; finishing with woods and musk. The use of Sport in the name was supposed to make it easier for a man to want to buy fragrance, and it worked. Polo Sport immediately became a best-seller and is still one to the present day. 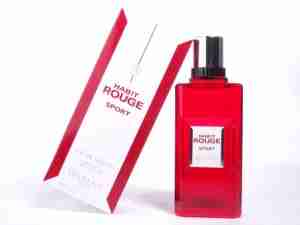 Over the last twenty years there have been many, many sport fragrances released and most of them are flankers of flagship fragrances for the particular brand. The unfortunate part of this is most perfume producers took the wrong lesson from the success of Polo Blue. They decided that Sport meant light almost to the point of insipidness. Most Sport fragrances are an embarrassment to the other name on the label as everything that makes something like Encre Noire great is gutted in Encre Noire Sport. With all of this you might think this is an odd subject for The Gold Standard but there is one which shows it can be done right while hewing to the template set down, Guerlain Habit Rouge Sport. 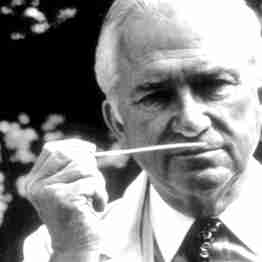 If there is any fragrance I would’ve thought would never be amenable to sportification it would be Jean-Paul Guerlain’s 1965 men’s fragrance Guerlain Habit Rouge. Habit Rouge is a citrus/spicy/leather with the signature Guerlinade. Habit Rouge would be in my conversation of greatest men’s fragrances of all-time. When I visited the Guerlain Boutique at The Breakers in Palm Beach in the summer of 2009 I probably recoiled when I was proffered the bottle of Habit Rouge Sport. What I should’ve done was realize M. Guerlain would not stoop to make a pale simulation of his classic. Instead he uses three key additions and an overall lightening of the core to create the best sport fragrance ever.

The same bigarade focused top notes are present but they are made brighter and the first key addition, bamboo, adds a fresh light woody note which transforms this into something recognizably Habit Rouge but also something new. The heart of neroli, patchouli, and cedar is the same. Then by dialing back the mélange of spices in the original to just one, pink pepper; and adding jasmine the heart is as easy to wear as that white t-shirt. The base is identical with leather over the amber and vanilla Guerlinade but as everything else in Habit Rouge Sport it is made less intense.