I have long been a fan of Ormonde Jayne but I had feared their best days had passed them by. In 2014 with the release of Black Gold that hypothesis was shattered by one of the best perfumes in the entire collection. It was followed up in 2016 with Rose Gold which was a luxurious rose bridging Arabic and European aesthetics. When I received the press materials for the final release in the Gold Trilogy I thought the new one, White Gold, would be hard pressed to be as good as the other two. It isn’t; it’s better. 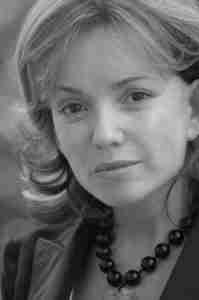 Creative Director Linda Pilkington has really outdone herself overseeing her longtime collaborator Geza Schoen on White Gold. Now that there are three releases it is easier to see the central axis upon which all three were constructed upon. The top accord was citrus combined with clary sage. The heart accord was a carnation, jasmine, and orchid triad which would be accentuated with other florals. The bases all contain ambrette seeds and their botanical musk. As I’ve now had the opportunity to compare them side-by-side it shows the precision of Hr. Schoen to take that spine and choosing different support and keynotes make it very different on a macro level while remaining the same on a micro level. Once I recognized the commonality it was hard not to notice it upon subsequent wearings of all three.

For White Gold, we begin with mandarin as the citrus source for the herbal clary sage to wrap around. The herbal quality will be enhanced using baie rose and a green leafy aromachemical. The effect is of trying to find a ripe fruit among the leaves. What makes it fun is as you search through those leaves what appears is jasmine. For White Gold jasmine is a keynote; more than just a component of the central spine. This is a gorgeous source of jasmine fully fleshed out with all its many facets on display. Hr. Schoen brings a bit of orris in to refine the effect. The base is a fabulous duet of botanical and synthetic musks as the ambrette seeds are met by some of the white musks from the laboratory. They rapidly find some common ground which cedar, vetiver, and tonka provide a sweet woody finishing flourish.

The jasmine in White Gold is so beautiful that there are times it seems like it is a soliflore but that is an olfactory illusion. It is more that it is the most compelling ingredient in the room and it is difficult to remove your attention from it. You should because what surrounds it is every bit as good. The three perfumes which make up the Gold Trilogy are among the very best Ormonde Jayne has to offer and the best of those three is White Gold which finishes the effort strongly.