The last year have seen a lot of those who comment on perfume making the leap to making perfume. It is not a natural transition. Just because you can speak about perfume it does not guarantee you can create perfume. Of the people I admire who have successfully completed this change it is the ones who have a passion for it. It is that which I believe is the most critical ingredient. If you come at it from a cynical perspective, you are no better than the large brands working on creating fragrance via focus group. There are plenty of success stories to emulate; Zoologist, Eris and Arielle Shoshana began as perfume writers before becoming creative directors who make great perfumes. I have a new name to add to that list Steven Gavrielatos of Navitus Parfums. 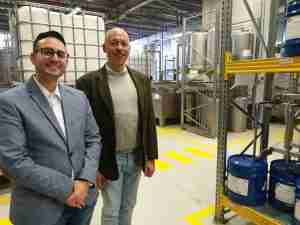 Mr. Gavrielatos is better known by the name he has produced videos on YouTube under; Redolessence. He has been one of the longest running video reviewers. He was approached to take over the creative director duties for a new brand midway through 2018. If you have the inclination to want to do this, you could not ask for a better situation. With the money to back him Mr. Gavrielatos could take the time to find the right perfumers to collaborate with. He would settle on Jorge Lee, Bertrand Duchaufour, and Christian Carbonnel. Together they would produce a debut collection of seven perfumes. It spans a wide spectrum of styles. It also shows a sense of direction from someone who is making perfume for his own enjoyment. Over the next two days I am going to do reviews of all seven of the inaugural releases because it is a line which has done things correctly.

Navitus Parfums Primas is the “freshie” in the collection. There is a shorthand in the video reviewing community for the fresh and clean style of fragrance. Mr. Gavrielatos asks Jorge Lee for some different interpretations of fresh within Primas. It starts right away as grapefruit is given an enhancement via green mango. This isn’t the ripe mango seen in other fragrances. By using the green version it does make for a fresh citrus with a tropical twist. An airy jasmine intermezzo leads to an earthier base than I was expecting. Patchouli and oakmoss don’t go for that chypre vibe. Instead they find a fresher harmonic which labdanum also supports. The final part is cedar and synth woods for a long lasting dry woody finish. 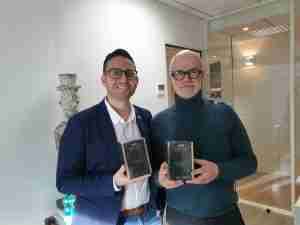 The next two perfumes were composed by perfumer Bertrand Duchaufour. As much as I facetiously call him the “High Priest of Resins” for his ability with incense perfumes. I could also give him a similar sobriquet for his use of spices in his perfumes; the “Sultan of Spices”?  Both Navitus perfumes show how he can use them differently.

In Navitus Parfums Absolutio it is through the use mainly of saffron. M. Duchaufour merges it with almond in the early going. This gives the almond a toasty feel as the saffron wraps it in a golden glow. It gives way to a fascinating heart accord of caramel apple. The carnival treat is brought to life with the crisp apple under a gooey caramel. All around this is the warmth of the saffron. This is a gorgeously realized transition. As Absolutio develops the gourmand style deepens from caramel to chocolate. Mr. Gavrielatos also seems to have decided to not let this go full-on gourmand. It is a lighter style of gourmand than I usually encounter. The use of woody ingredients in the base keep the touch lighter through to the end.

If I was wanting a full-on gourmand from M. Duchaufour it was waiting in my sample of Navitus Parfums Virtus. If Mr. Gavrielatos was reining him in on Absolutio; Virtus is what it is like to let him run free. Virtus is a howlingly good gourmand because it is so unrestrained. Another thing M. Duchaufour does well is to balance the ingredients in perfumes with a list of ingredients longer than a shopping list. In Virtus he directs each of the ingredients to their proper place within the whole. It opens on a spicy mix of cardamom, cinnamon, nutmeg, and saffron. This is that spice cabinet accord I enjoy as each ingredient swirls around and through each other. As it moves into the heart the spices come to settle on a sage scented honey accord. This is that sweet-savory dichotomy which can be so satisfying. It is given a creaminess through fig and beeswax. It goes deeper as tobacco picks up the sweetness of the honey and carries it downward into a place where vanilla is combined with a chocolaty patchouli to complete this full-spectrum gourmand accord. It rests again on a dry woody base.

Tomorrow I will return with the final four releases from Navitus along with some closing thoughts on the line as a whole.

Disclosure: This review was based on a sample set provided by Navitus Parfums.