In my job as a medicinal chemist one of the ways I analyze data is through a process called Structure-Activity Relationship (SAR). What that means is I make a change to a molecule and see whether that gives me better binding (activity) or less. Through putting that data set together I come to understand the biological interaction I am working on. The same holds true for the chemists working on aromachemicals. They call their version Structure-Odor Replationship (SOR).

The gathering of SOR data is two-fold. The primary reason is to create a new raw material to be used as a fragrance. The secondary reason is to continue to add to the data set of molecules and how we perceive them. The hypothesis is the broader the amount of data points the more insight we will gain into the biological process which governs our sense of smell. A recent 2014 publication (Delasalle et. al.; Chemistry & Biodiversity, vol. 11, pg. 1843-1860, 2014) from the chemistry department at the University of Nice. In this study they were focused on the molecule which makes up most of sandalwood essential oil, beta-santolol.

The reason for looking for alternatives to sandalwood essential oil is the overharvesting which nearly drove the Mysore version to extinction. Now that particular version is tightly controlled by the Indian government. There have been more sustainable version cultivated in New Caledonia and Australia which have taken their place in newer perfume constructions. If an easily synthesizable beta-santolol could be discovered or alternatively a deeper understanding on how beta-santolol binds to allow for a more intelligent design then this would be another step to easing the stress on the natural sources.

The research team  took beta-santolol and did a number of chemical transformations on the long sidechain indicated above. Also the OH group was hypothesized to be an important part of the molecule in creating the sandalwood odor profile. The results showed if that OH group was oxidized to an aldehyde in that specific configuration seen above it resulted in a much fainter sandalwood odor. If you changed the geography around the double bond at the end of the side chain it retained the same odor profile as beta-santolol. All of the remaining changes to the side chain or the OH group resulted in molecules describes as “sweaty” or odorless.

They would go on to analyze a set of 21 variations. This provided a further confirmation of the necessity of the OH group in that particular position for the molecule to have a strong sandalwood scent profile similar to beta-santalol.

This research team would purchase a number of other beta-santolol variations focused on the ring instead of the side-chain also looking for further insight into the SOR.

This research has added a new data set which allows for a further refinement on the biological reaction behind our sense of smell of sandalwood.

It seems like it was only a few days after I editorialized about the failure of perfume lines at cracking the Eastern aesthetic that I received the two latest attempts from By Kilian. I was not a fan of the three previous Asian Tales fragrances and will admit I was expecting more watered down ideas masquerading as perfume. They say there is an exception to every generality and it seems as if Sacred Wood and Imperial Tea are going to make me eat some of my words as perfumer Calice Becker takes on sandalwood and tea, respectively. 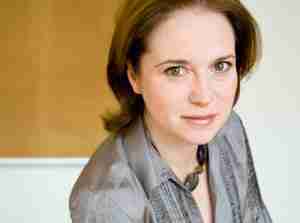 One of the assumptions is that Asian tastes want fragrances similar to their architecture with clean lines and simple construction. If you are going to work in that direction there are probably few better choices to take as a focal point than sandalwood and that is what Mme Becker chooses as the wood in Sacred Wood.

All of the great sandalwood perfumes of the past contained a version of sandalwood from the Indian region of Mysore. Unfortunately human nature and developing nation economics led to the over-harvesting of Mysore sandalwood and there is no longer anymore being produced from Mysore. As a result perfumers have searched for more renewable sources of sandalwood but none of those had the complexities of Mysore sandalwood. Which has then caused the perfumers to take these newer sandalwood sources and try to “Mysore” them up by trying to add in what is missing. It is from Mme Becker’s attempts to do this that Sacred Wood sprung to life. It was her intent to create a sandalwood base she could use on her perfumer’s palette that would allow her to add her engineered Mysore sandalwood to anything she was working on. Except when she was done she realized it was pretty good all on its own and creative director Kilian Hennessy agreed.

Sacred Wood is kin to other sandalwood “soliflores” like Diptyque Tam Dao but here the effect is to take it and allow the character of the sandalwood to slowly erode down to its most basic nature. On top Mme Becker adds a steamed milk accord to create the characteristic creamy quality of Mysore sandalwood. In the real thing that never leaves but in Sacred Wood it persists for a while. Carrot and elemi turn the cream into sweet but not sugar sweet. This is a sweetness of wood and vegetable; it works very well together. For me one of the hallmark characteristics of Mysore sandalwood is what I describe as an “ashy” quality in the heart of it. It smells to my nose like it has been through a fire and this is the remains of it. I think Mme Becker also smells this and so she uses cumin to add that quality to Sacred Wood. In the end cedar with all of its very straightforwardness turns Sacred Wood to just wood over the final few hours. 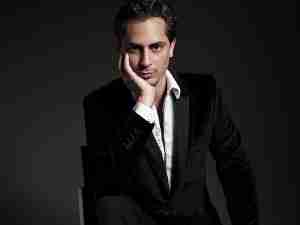 Mme Becker’s very first signed fragrance was Tommy Girl and the combination of tea and florals was groundbreaking in 1996. Eighteen years later it is a little more common but Mme Becker wanted to create her version of a definitive tea fragrance. She chose jasmine tea as the target for her to create a perfume simulacrum of. My experience with jasmine tea is as dragon pearls where these tightly wound balls of tea unfurl upon exposure to hot water into floral looking blooms which release the tea within. It is this tea which is the sole reason we own a clear tea pot so I can watch the languid opening of the pearls as the tea steeps. This tea also has a fantastic smell of the jasmine rising through the humidity of the steaming liquid. In Imperial Tea Mme Becker has created that jasmine tea effect.

The key to Imperial Tea is using the right source of jasmine as the core. Mme Becker uses a lightly indolic version of jasmine sambac. It is absolutely the right choice. A clean non-indolic jasmine would have been too clean. A heavier indolic jasmine would have been jarring and lacked serenity. The jasmine sambac here is kept feather light. Mate provides the base of the tea and it is kept from being too grassy by the inclusion of guaiac to keep it more towards the tea side. There is a great violet note to prop up the jasmine and that is really it. Imperial Tea is as light as the steeped tea it is re-creating and that lightness might not be, ahem, everyone’s cup of tea. In my opinion it has to be this light and it is what allows it to succeed so well.

Sacred Wood has all day longevity and modest sillage.

Every generality needs a contradiction and in Sacred Wood and Imperial Tea By Kilian proves to me that a fragrance targeted to the Eastern markets doesn’t have to be uninspiring. As both sandalwood and tea fragrances they stand among the upper echelon in each of those categories.

Disclosure: This review was based on press samples provided by By Kilian PR in the US.