There is a series of commercials in the US where they show one half of a married couple acting like their mother or father. I’m getting old enough it isn’t my parents I’m acting like but my grandparents. My grandmother used to always see the potential bad outcome to everything. If there were 99 ways things could go right she would make sure to mention the one which would be terrible. She always looked for the warning signs of the disaster she knew was right around the corner. I’ve watched the decay of some of the great perfume brands into happy mediocrity, or worse, over the last few years that my grandmother’s voice greets every stumble by my very favorite brands. I’ve spent a couple of months with Mugler Alien Man trying to decide what it portends. 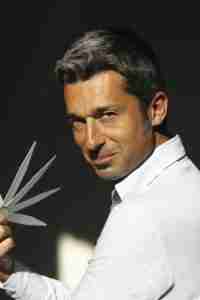 Mugler is one of the great perfume brands ever. It is the product of consistent creative direction by Pierre Aulas and Thierry Mugler which has always gleefully gone against the grain. If I say Angel, A*Men, and Alien to you if you are a perfume fan you’ve tried them or smelled them on another person; and you are not indifferent about the way you feel about it. It has been the Mugler credo to ask perfume aficionados to come over to their way of thinking. If there was a bit of change it maybe came with last year’s release of Aura. It felt like the Mugler attempt to woo the younger perfume generation. It definitely had a presence just one lighter in character. I liked it better the more time I spent with it. Which is why it has taken me so long to write this review I expected Alien Man to win me over. 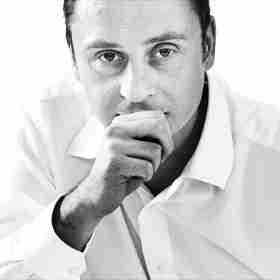 Alien Man, I think, wants to be the counterpart to Aura on the masculine side of the fragrance counter. Perfumer Jean-Christophe Herault puts together something which is so typical of the other perfumes in this sector; that was the main surprise. Except for the top accord which is where there may have been an attempt at something Mugler-like which just doesn’t come together.

The top accord is named “The Electronic Vibration”. It definitely does not shock it doesn’t even sizzle a bit. M. Herault creates an herbal dill opposite apricot and anise. This was unpleasant for me, reminding me of a refrigerator crisper door where the dill and the apricot got left together. I gritted my teeth every time to get through to the heart. There I found a refined leather accord which is great but nothing different than many others out there. Pairing it with osmanthus to bridge the apricot and leather is also as typical as it gets. If I was waiting for a surprise ending beechwood and white amber provide another reminder of many other perfumes out there.

I’m not sure if Alien Man is a warning sign, or not. There were many who thought Womanity was a warning sign eight years ago; and were wrong. I also wonder if that top accord just never coalesced into that envelope pushing style Mugler is known for. Time will tell if this is the beginning of something or just a stumble.

Disclosure: this review is based on a sample provided by Thierry Mugler.