After nearly seven years of having this blog the small community of The Sunday Magazine readers have been one of the surprises. From that group there has been a constant question, “Have you heard of Perfume Genius?” 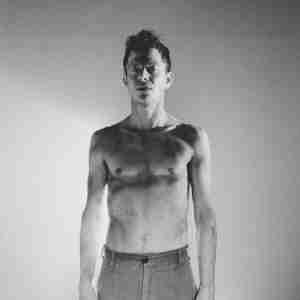 It is a natural thing to ask because the writer of a perfume blog should dig a guy called Perfume Genius. Michael Hadreas is the singer songwriter behind the moniker. I hadn’t become aware of him until his second album was released in 2012 called “Put Your Back N2It”. He should have been exactly what I like. My readers weren’t wrong. Except the music didn’t connect. It was like a well-made quirky perfume that just didn’t make me want to wear it.

For the past six-plus years my answer to the readers who ask me about Perfume Genius is I like him, but he isn’t one of my faves. One of the things about Perfume Genius is the sound changes from album to album. I always had in the back of my head that he would find a sound which would connect. His latest “Set My Heart on Fire Immediately” is it.

I have always admired his vocal range. He can hit the high notes, but it was always in the moments when he found his lowest octave voice that seemed most intimate. A masculine version of vocal fry imparting genuine feelings. On the new album there are more instances of that.

While he can add that emotion through the timbre of his voice, he is a songwriter. His lyrics have never been more affecting. “Your Body Changes Everything” tells the story of two lovers who are in different places. One needs to rely on the other to hold them up. It is the poignancy of asking for help and receiving it. It has become one of my favorite songs this year.

To my dear readers who show up every Sunday I have finally found Perfume Genius to be just what I needed him to be.

Disclosure: This review is based on music I purchased.