Every new television season I manage to pick up one or two new series which eventually get a season pass on my DVR. The sad thing is when it comes to the next new television season I find it is those that I watched the year before which I delete from my DVR to make room for the new potentials. In almost every artistic endeavor you can name, sustaining creativity and building upon it is extremely difficult. I imagine for a new television series it is even more daunting. When you film your original order of thirteen episodes you likely put all of your good ideas on the line. Then if you’re successful you’re asked for nine more episodes to complete the first season. Now what? The truly creative manage to get over this; others have problems and it is why you often see those final nine episodes of a freshman television series become so maddeningly inconsistent. Of the new shows I began watching last year one of them has not only come back stronger than when it began but it feels like it is peaking at the moment. That show is NBC’s The Blacklist. 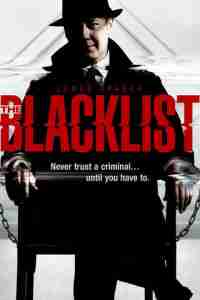 The premise of The Blacklist is that a one-time agent who had turned to a life of crime by becoming the man who brokers deals between international criminals turns himself in. The character’s name is Raymond “Red” Reddington and he is played by James Spader in one of the best performances on television. It is his performance which makes the show watchable even when the plotting gets a little too byzantine. The structure of the show is Red only works with one profiler in the FBI, Lizzie Keen played by Megan Boone. The mythology weaving its way through the show is about Red’s and Lizzie’s relationship. There is some connection and the show feeds the audience bits and pieces about it around the case of the week. Those cases are people who are on The Blacklist, criminals so careful the police agencies don’t even know about them. Every episode starts with a name. Sometimes they have supervillain like names The Kingmaker or The Alchemist; sometimes it is just the name of a person or group. By the end of the hour the titular villain is thwarted.

The cases are pretty standard television fare. The performance of Mr. Spader is not. He excels at playing these morally ambiguous characters. He really became one of my favorite actors when he played the role of lawyer Alan Shore on the last season of the show The Practice before being spun-off into his own show Boston Legal. There is common ground between Red and Alan, besides the actor who brings them to life, both happily almost gleefully use unethical means to ensure positive outcomes. It is this ability to portray a character who contains a strong adherence to a personal ethos which makes Mr. Spader so much fun to watch. In The Blacklist he has never been better.

If you are looking for something to catch up on and binge watch as the weather turns colder I can highly recommend doing so with Season 1 of The Blacklist. Then catch up to the current season because it is only getting better.