The best perfumes are all about harmonics. The ability to have a fixed focal point over which several specific notes provide overtones in a pleasant way. At least that’s the idea. There are lots of brands which mention this as a principle but Masque Milano Mandala used it as inspiration. 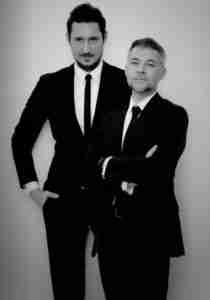 The creative directors of Masque Milano, Alessandro Brun and Riccardo Tedeschi, were inspired by the manner of singing by Tibetan monks. It is called overtone singing. It is a concept of two parallel singers finding a middle path between them by sticking to their choral lane. It is at its most compelling when widely different styles find within the combination something not found in either by themselves. 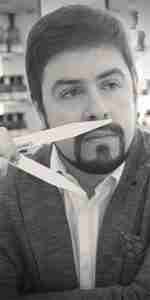 Sigs. Brun and Tedeschi brought in perfumer Christian Carbonnel to try and accomplish something similar with Mandala. They wanted to take a resinous track and in parallel run a fresh one. A mixture of deep and airy. It makes for a tricky effect to pull off for the entire time you wear Mandala. I also found less of the fresh line and more of a consistent spicy through line which was in the same pitch as the resins.

Sig. Carbonnel uses a silvery austere frankincense to set up the first moment of the resin line. The other line is nutmeg and a bit of angelica. This is where I got thrown a bit because the nutmeg is much more prominent than the angelica. Which is like another singer arriving and shoving the fresh one out of the way. That is compounded in the heart as cinnamon picks up the tune laid down by the nutmeg and asks clove and cardamom along. I think the cardamom was meant to be the fresh but it is happier playing with the warmer clove and cinnamon. The incense becomes stronger and some cedar is used to separate it from the other notes keeping it humming along. In the base myrrh adds some sweet tonality to what has been something severe to this point. The spices finally give way to ambergris which finally does provide the briny contrast to the resins. The woods remain as chaperone keeping the two sides apart.

Based on the description I was looking for something which really attempted to work disparate fragrance tracks into something memorable. I can see where there was meant to be that fresher presence but it never makes any impression until the end. Up until then it is spices and resins. Mandala is a good version of that style of fragrance as it still finds something worth sniffing even if this harmonic has been seen before.

Disclosure: this review was based on a sample provided by Masque Milano.