There are perfume brands which sometimes just miss their window. As independent perfumery rapidly expanded in the 2000’s there was a corresponding vitality of ideas. With the internet connecting the world a smaller outfit could design to a specific sensibility. This was really the definition of niche in those early days of it.

Those of us who lived around NYC had a special place to find fragrance. The Japanese department store Takashimaya was one of the best perfume destinations in all of Manhattan. Their selection was like no other featuring Japanese-based labels throughout the store. One of those in the perfume department was Masaki Matsushima. These were some of the earliest examples I encountered of transparent minimalist styles. There were some which still remain the best examples I own. After Takashimaya closed, I lost touch with the brand until last year. A new era was beginning as perfumer Jerome di Marino took over from Jean Jacques who had composed the previous 40. That first release under the new creative team was a transparent concrete garden. It felt like this was the time and place for the Masaki Matsushima aesthetic to flourish. Masaki Matsushima Matsu Sunshine is an example of the good and not so good in current perfumery. 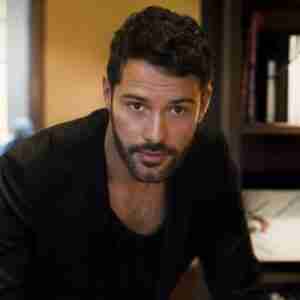 The good is the fruity floral two-thirds which opens things. Mr. di Marino creates a summer reverie that is ideal. He begins with the fruit pairing of lemon and fig. I found this to be a fascinating give and take of the tartness of the citrus and the creamy fleshiness of the fig. It kind of reminded me of summer pudding made of the two fruits. Jasmine and frangipani add some lift to an already opaque fruitiness. This felt like a daydream during this part.

The not so good is the base accord is dominated by ambroxan. It acts like a summer thunderstorm of synthetic woodiness driving all the good that came before under cover. This is a place where using ambroxan just destroys what is so promising. I know it is there to provide longevity but that is a problem because under other circumstances I could re-apply. Not here, the ambroxan just lasts and lasts without letting anything else have space.

Matsu Sunshine has 10-12 hour longevity most of which is the ambroxan and average sillage.

I keep finding really compelling perfumes which are as good as it gets only to have them steamrolled by ambroxan. Matsu Sunshine is one of them.

Disclosure: this review is based on a sample provided by Masaki Matsushima.